While cleaning out the spam comments today, I saw this:

Now, if you’re a giant nerd (but at the same time, not a rampant Potterphile) like I am, the first thing that would come to mind would be something along the lines of “Why does that make sense?” Then, after about 6 seconds of Googling later, you’d remember that Norbert (apparently actually named “Norberta,” after being revealed as a female in book 7; sorry for the spoiler, but I bet you didn’t really care,) is the dragon hatchling that appears (briefly) in Harry Potter and the Philosopher’s Stone. 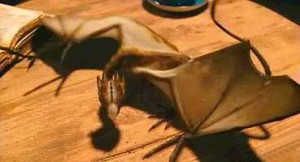 If it weren’t for this screengrab (which is all over the place on the ‘net), I’d really have no idea what it looked like, but at the same time it’s not entirely accurate. Note the lack of ridge.

For the sake of nomenclature, Norbert is a Norwegian Ridgeback (not a Rhodesian Ridgeback, which comes up all the damn time when you’re trying to Google the former.) There’s not much information to be had about what a Norwegian Ridgeback actually looks like (which isn’t much of a surprise, really; like in Game of Thrones, the dragons are just so much set dressing) the best description I could find was on this page and goes like this:

” The Norwegian Ridgeback is a dragon native to Norway, and its habitat is the Northern mountains. It resembles the Hungarian Horntail, except for its black ridges on its back, the browner texture in its scales, and its less hostile attitude. It has venomous fangs, and its food of choice is large mammals, including water mammals, which is unusual for a dragon. “

Okay. So what does the Hungarian Horntail (which had a pretty long action sequence in Goblet of Fire) look like?

That’s not bad, but how many toes and wing-fingers does it have? 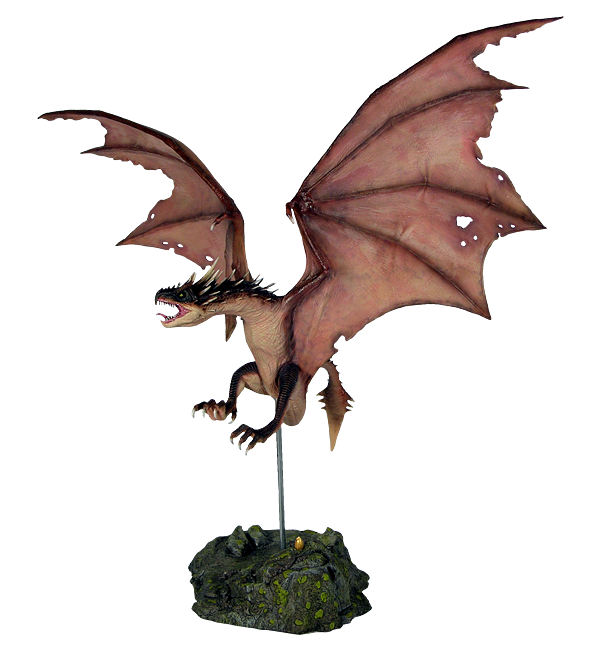 Thank you, Monsters and Beasts Database, for helping me figure that out.

So now that I had an idea of what I’m supposed to be doing, I did this, because narwhals are probably delicious, and I didn’t need to add to the glut of hatchling Norbert drawings out there. Note that I did add a ridge of scales, though really it’s just a smoother Horntail: 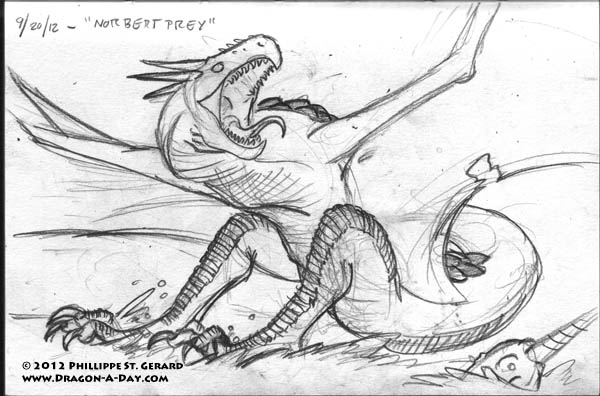 And since the text that started this whole down-the-rabbit-hole adventure was, all things considered, really rather random, while working on this, I started thinking about something I’d seen earlier on The Meta Picture today, a compilation of drawings based on Catchpha text, which naturally led to this. If I weren’t so bruned out by searching for stuff for the last two and a half hours, I might’ve done a better job with the text warping, though to be honest, I’m surprised that no one’s made a generator for this sort of thing yet: 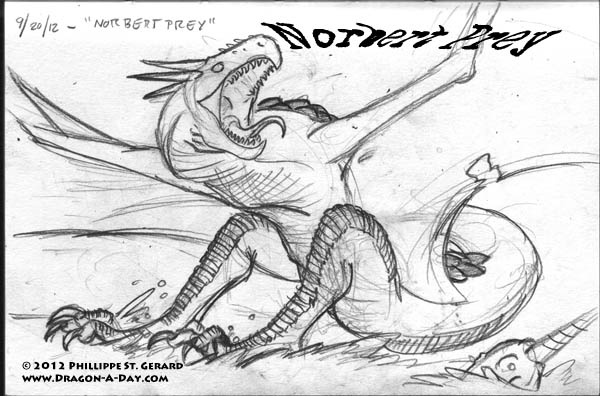 And in case you were wondering, the font is called Mom’s Typewriter and can be found here. That’s all for tonight.