Dragon-A-Day Online: Day 473: From the Top To the Bottom: Day of the Leviathan in 3 parts. 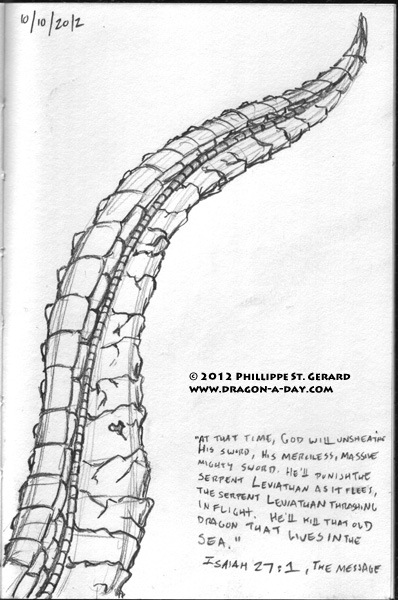 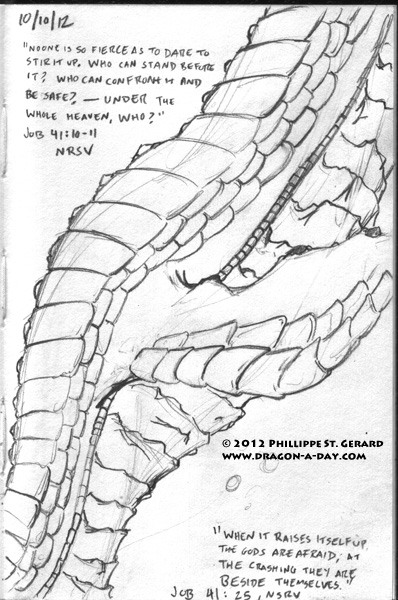 “When it raises itself up the gods are afraid; at the crashing they are beside themselves.” Job 41:25, NSRV 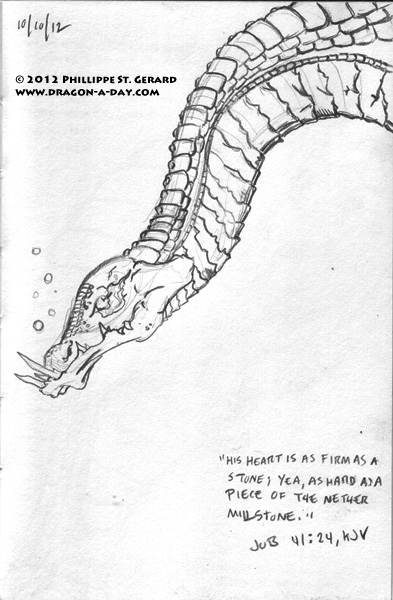 You might notice that I tweaked my Leviathan’s dorsal scales and ventral armor more than a little bit, as well as dulling his claws, because, really, why would he need claws? After reading and rereading the Book of Job (really, just 41), it became fairly obvious that Leviathan’s strength is in his bigness- he doesn’t need to rip things apart or even bite them; just by virtue of his size he is immensely strong and durable. Oh yeah, and he breathes fire.

The dorsal scales are layered, like the rows of shields that they’re compared to, and the underbelly armor is nested, with some give for when the serpent twists, but mostly supposed to be jagged and irregular with a lot of texture, like the “potsherds” that they are described as.

I also toned down the eye-fire, though I’m not sure if I like it or not. On the whole, though, I’m very satisfied with this year’s Leviathan.

This entry was posted in Dragon-A-Day, Fan Art, Online, Sketch and tagged legendary, Leviathan, The Bible. Bookmark the permalink.

2 Responses to Dragon-A-Day Online: Day 473: From the Top To the Bottom: Day of the Leviathan in 3 parts.