I’m in a bad mood, for a handful of reasons, and despite my best efforts to shake said mood, it persists. This is espeically strange because despite a lot of other things, I had a fairly productive day.

I came up with a better idea than the one that I was trying to make sense out of previously, and did some preliminary sketching for it, and was fortunate enough to get some feedback on it, so I can go forward tomorrow better informed. 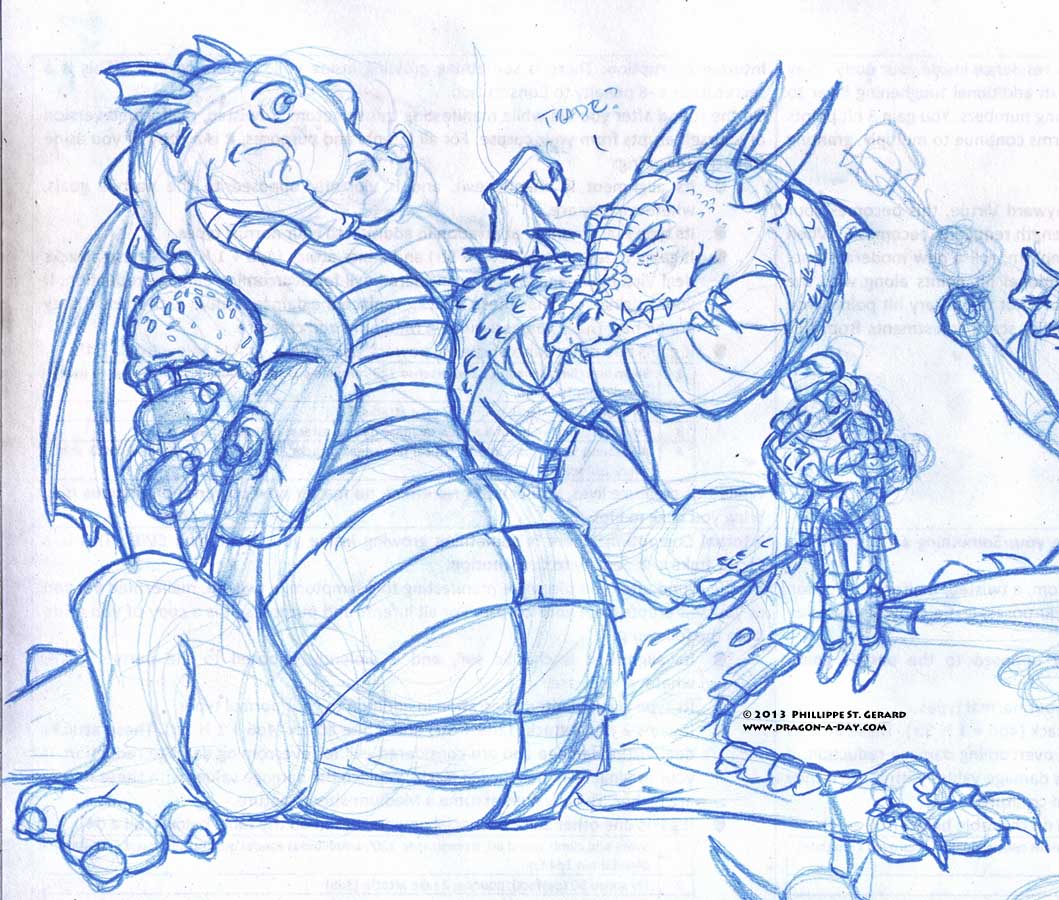 So the idea was “Similar, but different,” and I decided that a two-headed dragon with two (very) different tastes would illustrate this best. I actually did this second after start-stopping my way through the drawing below. 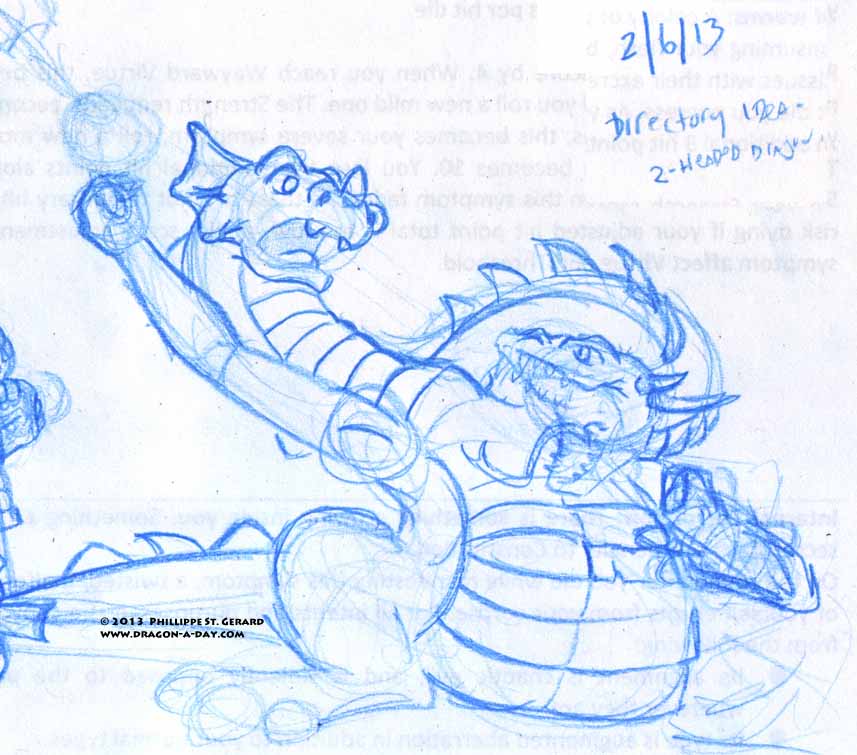 I actually like the composition of this one better than the other “Similar, but different,” because I tried to actually “lead the eye” through the scene. However, I feel that the first one has a more natural feel to it, like that is how the dragon might actually sit. My friend Mike Bocianowski of Yets! fame suggested that I start fresh using this composition while incorporating more of the natural posture of the first, because this also shows more of the relationship between the two heads.

And he’s right. I needed another pair of eyes on it.

And it seems that typing that out has made me feel better. I wish I’d thought of that over an hour ago, because I haven’t drawn anything for the blog yet. Be right back. 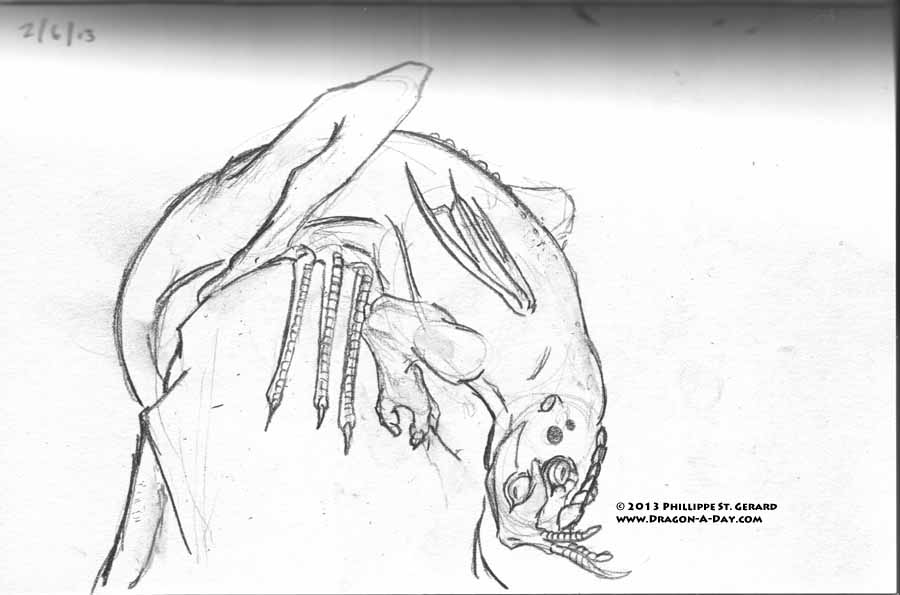 So as soon as I typed “And he’s right. I needed another pair of eyes on it,” I wanted to do something with extra eyes, but I kind of feel like I phoned it in a bit. I didn’t mean to, but I feel like I could have done better, though I didn’t really have a set destination in mind when I set out to do that; in some cases (mostly the outlandishly long toes and almost mole cricket-like arms) I kind of felt like I was specifically trying to play against my usual tropes.

This entry was posted in anatomy, damnit, Dragon-A-Day, Online, personal, Sketch and tagged portfolio, Similar but Different, too many eyes, two-headed, work. Bookmark the permalink.