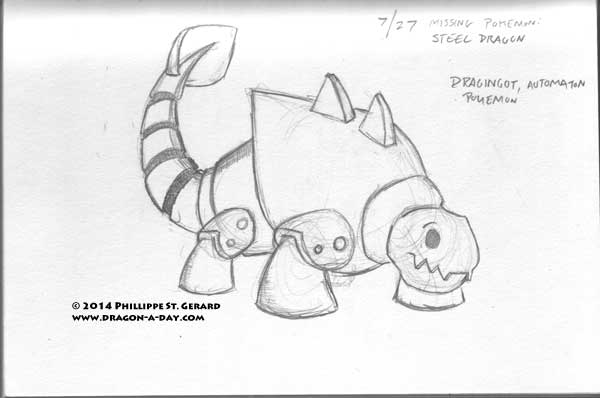 Considering the sixteen tons of articulation in the final form and the near-total lack of joints in the first, some sort of nonchalant medium needed to be reached. The unnamed third stage from yesterday might be just a bit over the top, but I think that this at least is a good compromise between the two.

And yeah, this guy’s got Iron Tail. Been wanting to make that joke for a few days.