So we played that game I was planning for. It’s a series of “kick in the door, kill the monsters and grab their treasure” style dungeon crawls, and I had planned my last rooms to have dragons in them.

However, I led in with a lot of tom foolery and misdirection, to the point that even the dragons were confused, so when they asked the PCs what they were doing there instead of just turning on them and breathing, the players opted to take the path of least aggression. 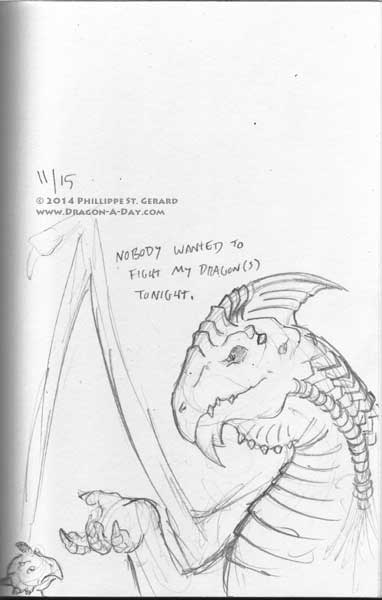 I wanted the white to look a bit more bemused than he does, but the craggy eye sockets and tiny eyes don’t give a whole lot of facial range. Ah well.