While I liked the idea of a bulky, elephant-like torso (complete with not-quite pachydermish head) at the end of a two-legged serpentine body from yesterday’s sketching, the fact that the aforementioned torso pretty much has shoulders suggests that there’s no arms for some (presumably good) reason, and I can’t come up with one.  This realization made me wonder if the Grootslang has its roots in some kind of sauropod dinosaur, perhaps the newly-rechristened Brontosaurus: 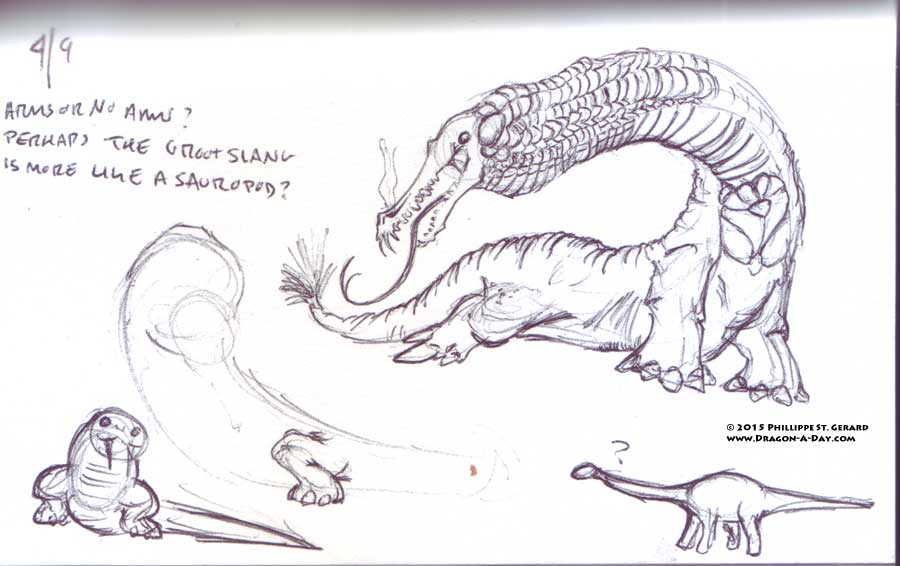 “Arms or no arms? Perhaps the Grootslang is more like a sauropod?”

So all four of the legs are back (and they’re fully functional- I did remember hearing that snakes had limbs at some point, but I couldn’t find anything that might show what those legged snakes might have looked like, aside from the occasional skink), at least for the time being.