Once again, I was ready to draw but lacked direction (possibly because I was out and about since 9am and walked in sometime after 10). The girlfriend mentioned that she enjoyed last night’s dragon, and something about my ability to draw cute things, so I decided I would run with that: 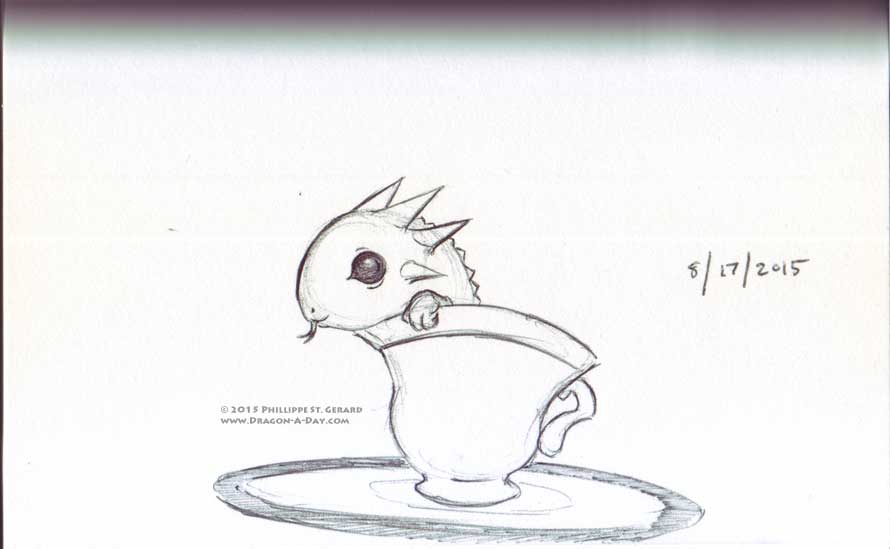 I got this far and almost called it a night, but felt that it was somehow lacking. I took a scan in case I ruined it, and then added some cute little scales, and the tail to balance it out, though I’m not sure about the anatomy inside that cup there: 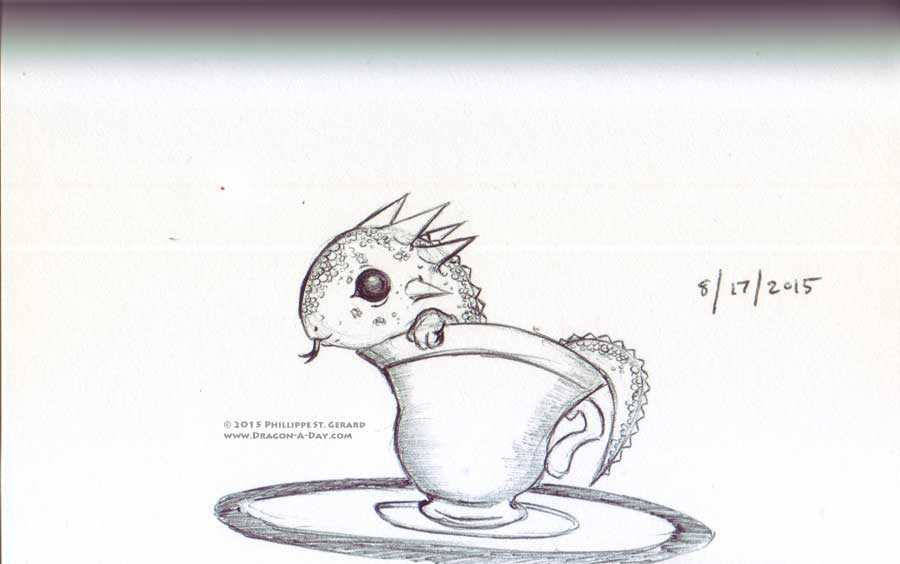 Personally, I think the scales make it cuter… What do you think? Does the added texture makes it look too rough, and less cuddly?