(Artist’s Note: in this installment of the blog, I talk a bit disrespectfully about a complete stranger’s religious beliefs, and the way in which he chose to share them with others. If this makes you uncomfortable, Internet Traveller, then feel free to skip it.)

So I was at Stop & Shop today and something told me to leave the Express Line (which was natrually stalled anyway) and go get some bananas.

It’s just as well that I did, or else I would have missed out on this:

While idly browsing through the fruits, I overheard someone casually, but proudly, telling someone else “I’m a Jew.” (It’s important to note that I live in a predominantly black neighborhood, so this was a bit of a surprise.) It wouldn’t have been noteworthy if the man hadn’t continued by explaining how he knew he was a Jew, and that was because God told him, and in fact, sometimes told him to tell other people that they too were Jews. These fortunate folks often (if not always, I wasn’t fully drawn in at that point) came to realize that too.

Unfortunately, the woman that he was speaking to/at was not a Jew, because that alone would have been pretty entertaining.

As it was, he went on to explain to her what it meant to be a person of Jewish descent, which according to him was to be more or less half an angel, or descended from an angel via the line of Jacob (of “and Esau” fame), because being ethnically (black) Jewish is apparently traced through the male line.

But wait, you surely say, weren’t Jacob and Esau twins? Wouldn’t that mean that Esau was an angel too? 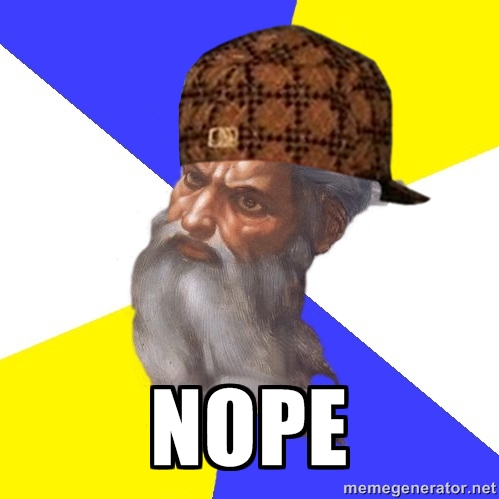 According to this half-celestial eater of bargain fruits, while Rebekah was pregnant, God took the soul of a snake and put it into Esau’s body.

Oh, and Adam was an angel too, but Eve fell, the snake got cursed (hence the need to implant Esau, I guess) and logic quietly packed up its bags and left the conversation, but not before he pointed out that Esau’s serpentine soul (which I suppose could be used to justify the whole “stealing the birthright” thing) was a direct correlation to (one of) the Beast(s) described in the Book of Revelation, which longtime readers of this blog will remember is not Satan, but is some sort of herald (according to a few hours of internetting).

Because of this, it was obvious that the Antichrist was/is a serpent in the flesh of a man. 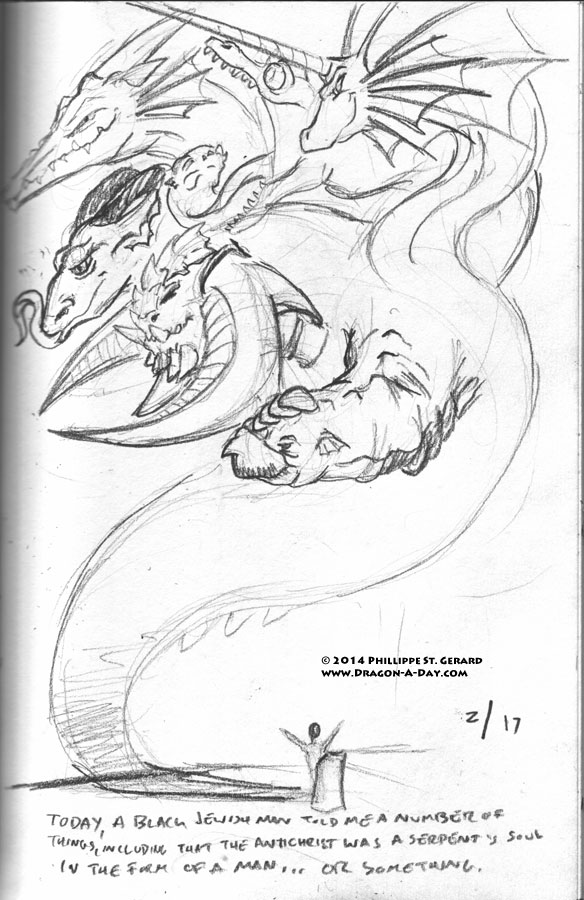 In a perfect world, I’d have figured out how to make the transition from shadow to anatomical detail more subtle, but really, I only wanted to do the silhouette of the composite Dragon, but putting each of the heads in the proper attitude caused them to overlap and run together, which wouldn’t have made enough sense, visually.

As it was, I remembered how much I enjoyed the Dragon of Revelation project I gave myself back then, and it makes me want to do something with it.

This entry was posted in Dragon-A-Day, Online, personal, philosophy, Sketch and tagged Dragon of Revelation, memes, The Bible. Bookmark the permalink.