So I started out with this: 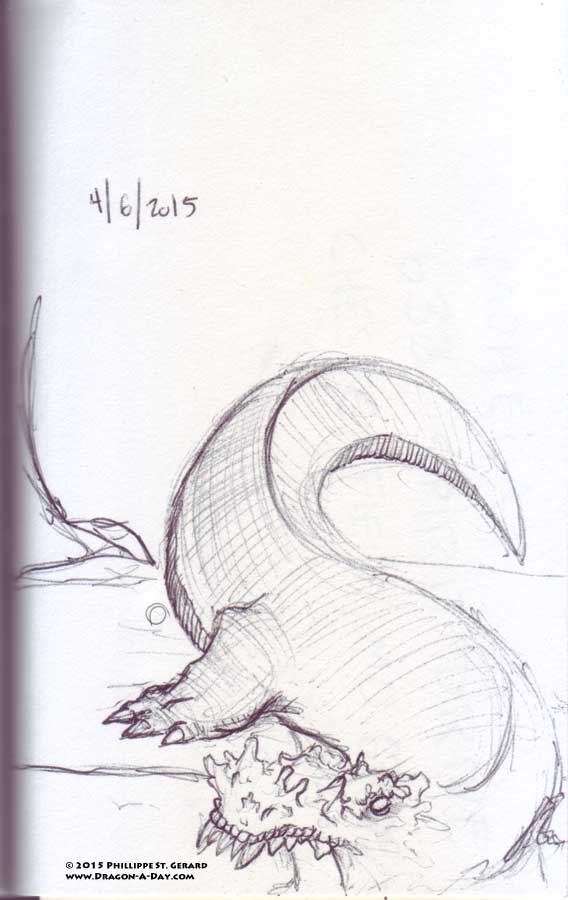 I drew the curve of the tail and decided that that should not be a neck or an arc of motion. The only thing left was a tail, but I kind of misjudged how much space I had on the page for the rest of the creature. Mainly, there wasn’t enough space to do anything with the missing anatomy- that is, the forelegs and neck. Nevertheless, I pressed on, trying to make something out of what I’d ended up with.

Looking at it made me think of the Grootslang (probably because it’s a big, bulky river monster with big teeth) and I didn’t want to try to “fix” this drawing because there wasn’t a whole lot that I could do with it.

Anyhow, like I said, thinking of the Grootslang. So I did some more: 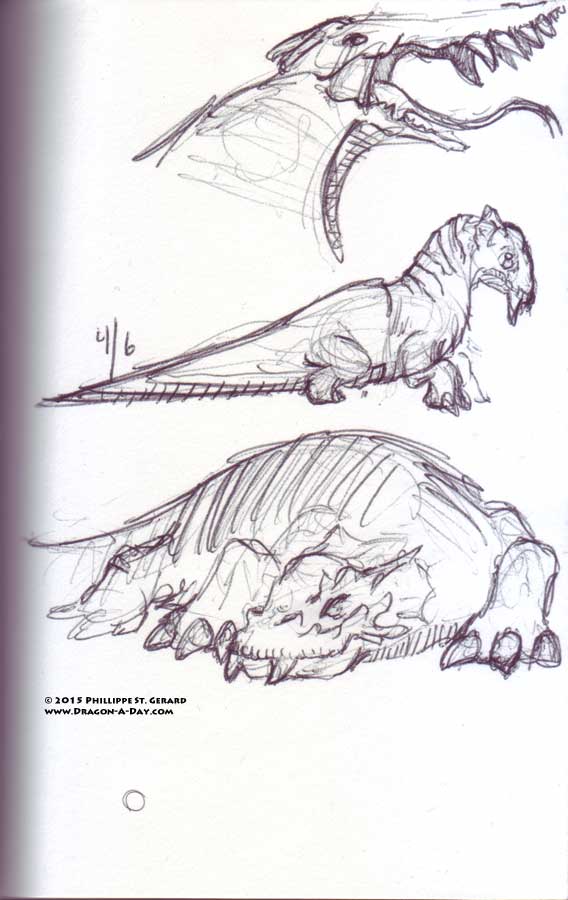 My thought process was something along the lines of that the Grootslang is a progenitor of snakes and elephants, not necessarily a chimeric mashup of them, so the lumpy head in the first drawing could be totally A Thing.

The body’s still somewhat bulky with the snakey tail from before, I’m on the fence about the number and shape of legs- I like the idea of just hind legs, like in the first drawing, but I’m having a hard time reconciling it in my head. Perhaps the neck/torso should be more snakelike so it can rear up like a cobra, and the hind legs might be more like a frog’s or an alligator’s, for pushing the dragon along, instead of like an elephant’s which are way too straight up and down for anything like what I am thinking of here.

Conversely, the elephant’s forelimbs are similar to a human walking on their fingertips (as far as the bends in the joints and all go), so giving the Grootslang fingers (the better to clutch its diamonds with) could still work and retain some of its pachydermish essence. The fact that an elephant’s eyes are so (comparatively) small and a snake’s so big was bugging me; it’s hard to find a happy medium that says both, but I suppose there’s always the possibility that the Grootslang could have a face something like an Umber Hulk.