My girlfriend commented that she liked the style of art in the very simple sketch from a few weeks ago, so I started thinking about it, like why I sometimes fall back on drawing like that, and how it’s actually really hard when drawing with a pen, because it becomes so deliberate. Rarely have I drawn more than just a head and neck combination in that style because of it: 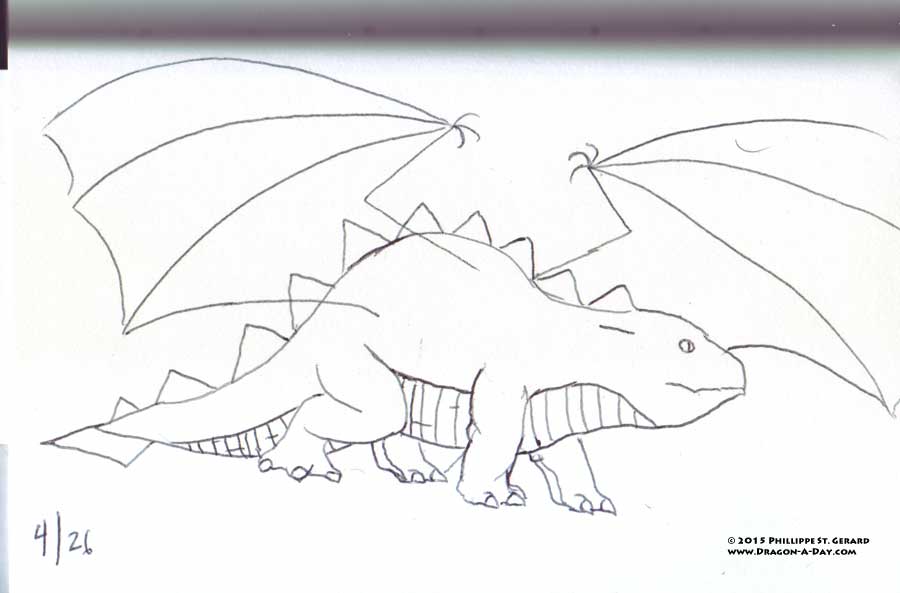 The long vertical line on the front left leg was a mistake that I copied to the left hindleg, and I thought about making them ino legitimate shadows, but I wasn’t sure how that would mesh with the simple line.

Also, I’m kind of annoyed that the wings came out like that. Originally, I drew the wings thinking to draw a three-quarters pose, but the lines got away from me and it turned into an Egyptian profile of some kind.