So I’ve started playing Heroes of the Storm. I like it. It’s less pressure than League of Legends (no one yelling at you about “feeding” the enemy team, though I sometimes wonder if my brief time in LoL has made me a more cautious MOBA player in general), and has characters I actually give a damn about, along with a bunch that I don’t know and am interested in because they occupy universes I am at least familiar with, as opposed to other games that must spin their unimportant-but-still-necessary lore out of whole cloth (while I love the fact that Kog’Maw is essentially a Lovecraftian horror, it has no real bearing on my ability to enjoy the game).

So I said all of that because this week, Brightwing is available to play for free. Having spent the last week fooling around as the Support Hero Rehgar, I was ready to dole out heals and shields- and I was super-effective. Granted, I played matches against computers only, but in each game I was one of the top-performing members of my team, and in the first game with her, I racked up more than 20 kills and never died.

On top of all of that, I adore her. She has this attitude of bubbly cheerfulness mixed with cold-blooded murderousness that would be rather obnoxious in a human, but (to me, anyways) makes perfect sense for a playful dragon or perhaps a talkative cat. She would be just as happy using her sparkly breath weapon to slay a group of clumped-up enemies as she would to make rainbows and I could hardly get enough of it. 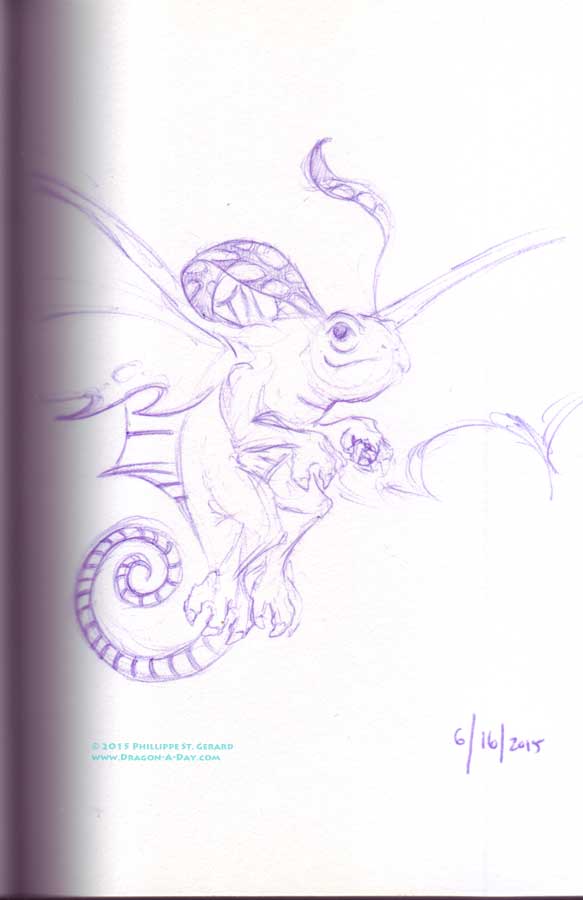 Drawing her in black felt wrong, and I’ll admit that the noodley bits in her wings were a bit daunting at this time of night, but it would have been remiss of me not to at least try to draw the little dragon.