I wanted to stop messing around with the scatter brushes, but not before I did this mildly abstract creature: 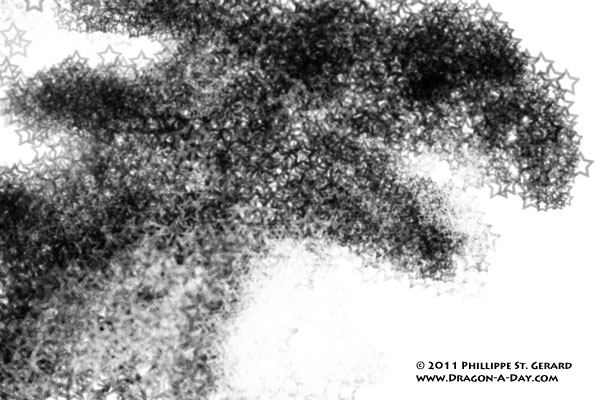 I was mostly interested in seeing what I could do with the star brush. Someone more painterly, inspired and patient than I was tonight could probably have done something better while still retaining the feeling of the star brush itself- After trying to build up and take away levels of saturation, I was left with kind of a muddy mess in a few places.

Which is not to say that the solid brush experiment was much better. I kept picking at it until my vague frustration became actual frustration, but I don’t feel like tonight’s work matches up with that of past weeks: 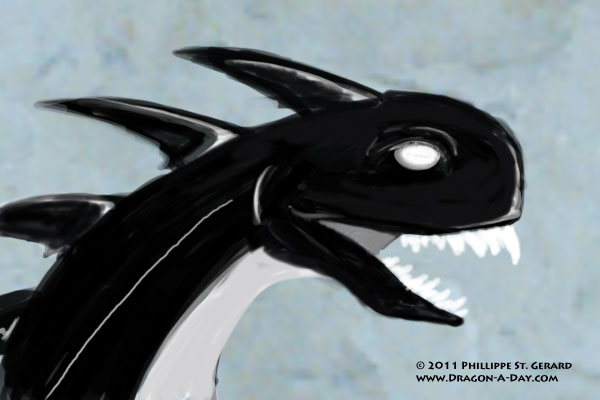 After trying to work up towards full black and getting steadily more frustrated over the inconsistent coverage (as well as resulting color) I decided to just work at full opacity and work my way backwards, so to speak- I knew what I wanted to be black, for the most part, and since I was planning to do this monochrome, I could just add white and (presumably) blend it in with gentle applications of black.

Obviously, this didn’t work, and it just ended up looking crappy. Ah well.

This entry was posted in damnit, Speedpaint Sunday and tagged monochrome, scatter, technique. Bookmark the permalink.