So the festivities welcoming in the Year of the Dragon started either on Monday. Since the death throes of the Year of the Rabbit have been almost spectacularly unpleasant for me, I can only hope that the appropriately-themed coming year can only be better.

I’ve always had some trouble wrapping my head around the Eastern-style dragons; I think it has something to do with their chimeric nature as well as the anatomically impossible way that they’re traditionally portrayed- much of the art I’ve seen tends to be flat where it ought not to be and employs depth with the same artistic license.

It might also have something to do with the fact that I’m an American, and I grew up with imagery of Western dragons in all their multifariousness. Go figure.

This took a lot longer than i thought it would because I remembered reading that the Lung dragon had the scales of a carp. Carp scales look simple enough but they lay just so, creating a vaguely geometric pattern that like Othello, takes a lifetime to master. 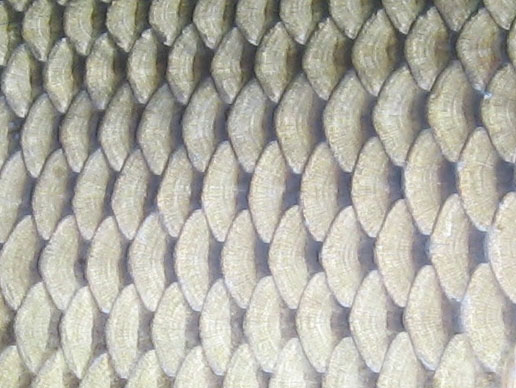 I’m not ashamed that after 45 minutes or so of trying to reproduce scales similar to these, I looked it up on Google, and found this video, which may have oversimplified the concept a little, but gave me peace of mind enough to get on with the task at hand, which resulted in this: 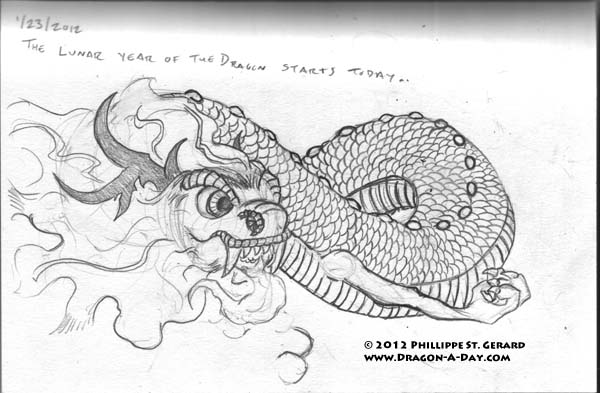