I’m tired. I’m so tired right now that my eyes are crossing. So here’s a stab at sexual dimorphism in the Macejaw dragon that I started last night, and worked a bit more on today. It’s faces only; I’m always a little annoyed that it’s so hard to tell a dragon’s gender by looking at it- even the females have horns, and sizes are more often than not relative with age. 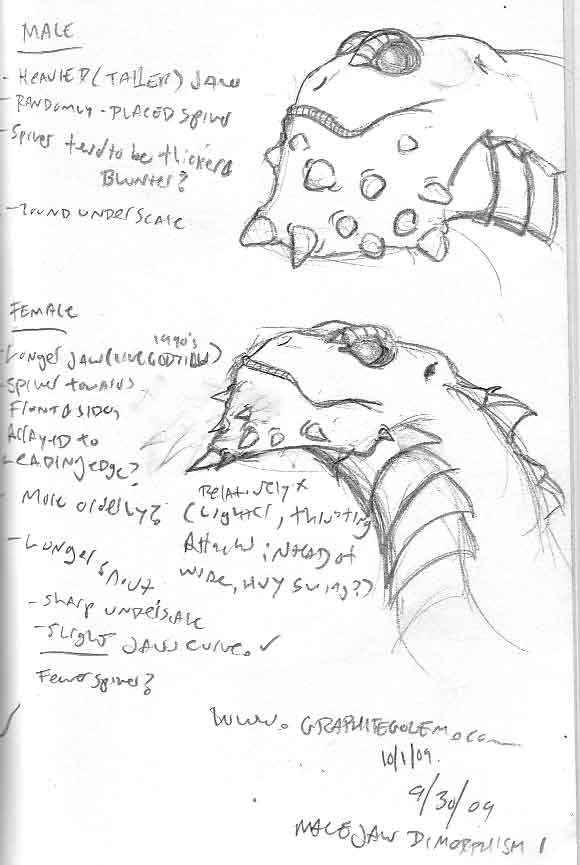 The male of the species is probably larger overall, but that might change. As I’m typing this, I’m thinking that the two genders might attack entirely differently, that the female’s facial spikes might be pointed downward or even serrated or something, to take advantage of her lighter head (easier to lift up and bring down than the male’s larger, heavier skull, which probably depends a lot on shoulder torque or even a charge or stoop) but that might just be the fatigue talking.

This entry was posted in anatomy, Dragon-A-Day and tagged attack, macejaw, sexual dimorphism. Bookmark the permalink.