So I didn’t want to paint today. Honestly, I didn’t want to do much of anything today. But I stared at last week’s attempt at painting for awhile, and decided to see what The Google could tell me about painting over sketche, because I kept getting lost once my lines were covered up, and despite my best efforts, I wasn’t able to “paint inside the lines” to the point that the fields of color completely lined up with the linework- there would be a lot of gaps, or the color would be uneven, where my lines were smooth. 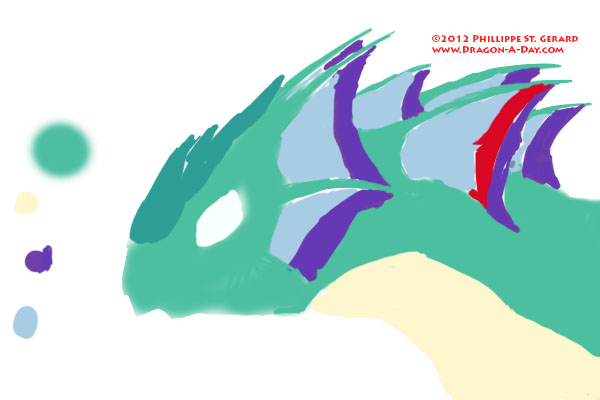 On the second or third page of results (the first being filled with videos, and I really dislike video tutorials for some reason; I think it’s that I prefer to work at my own pace) I found this deceptively simple coloring tutorial.

Now I know that the Smudge Tool isn’t exactly something that one is supposed to use as a “go-to,” but for some reason, the simplicity of the tutorial, or something else, like the less-than-super-polished final product made this resonate with me. Maybe it was just the bold application of darks and lights over midtones. I dunno, but I ran with it. 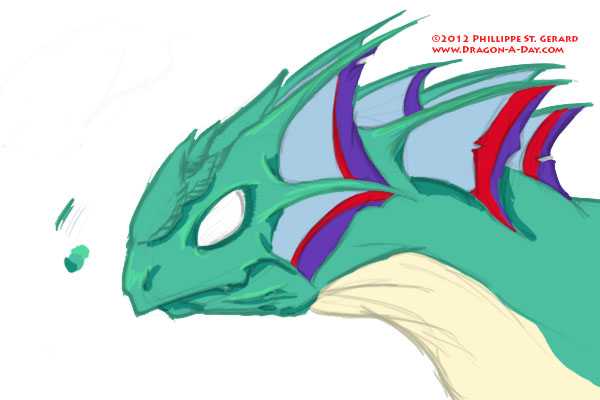 I changed the line layer’s opacity to something like 30% and started laying down color. One of the (few) things I do know about painting, if not how light works is that there is usually a highlight on the opposite side of any given pool of shadow, so I tried to keep that in mind.

Next, I started smudging: 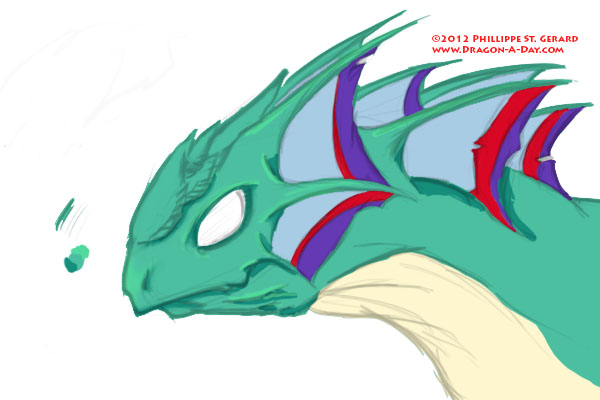 Then I realized that I might not be able to get away from my lines, at least not yet, but I could (probably) downplay them a little bit if they weren’t quite so starkly different. So I changed them to a shade of green, in the hopes that they’d blend in a bit better: 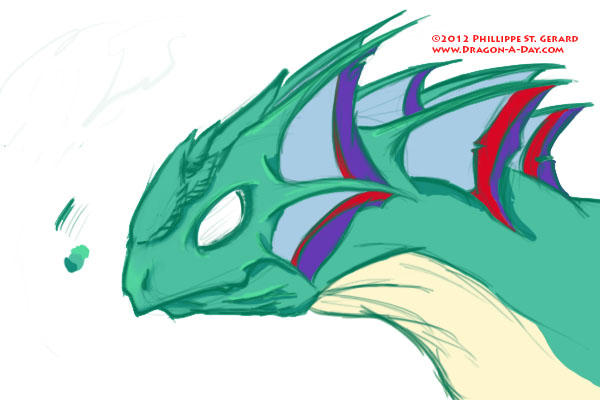 It was at this point that I realized that my highlight was a little too close to the midtone value, even though I’d tried to add some yellow to it instead of just using a tint ( I also know a wee bit of color theory). So I went back and drastically lightened the highlight color, and reapplied it all over the place. 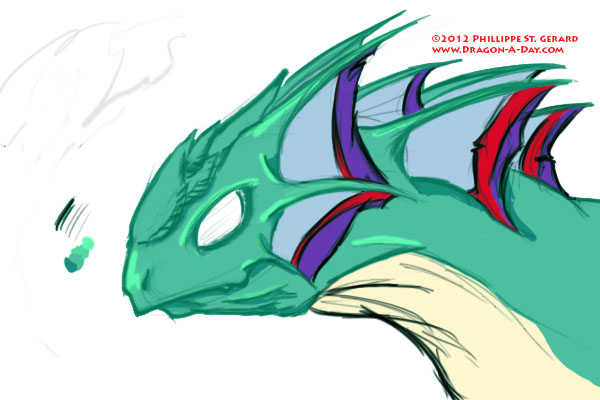 It was actually a little distracting to have the non-green areas lined in green for some reason (I don’t know why), so I left them black for now. I suppose I’ll line them in a color closer to what the midtone color is supposed to be, but for now, I left them black, because I only wanted to work on the green areas.

So I started smudging, erasing and reapplying color with low-opacity brushes (the “right”way to do it). I’m not 100% sure that I like the way that it’s going, but hell, I did something. 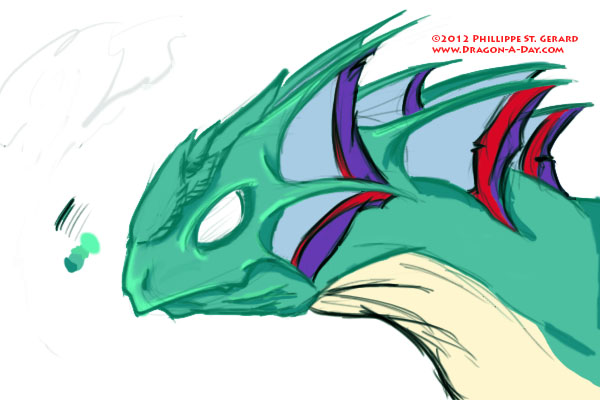 This entry was posted in Speedpaint Sunday and tagged other websites, technique, tutorial. Bookmark the permalink.