So it was the end of a day of Epic Math, and my brain was feeling like warm, steamy pudding. After siting down at the computer and trying to decompress for an hour or so, I felt no better, and decided that I should just try to paint instead of sketching something about how I was so out of it that I couldn’t paint.

So I did this sketch in Photoshop: 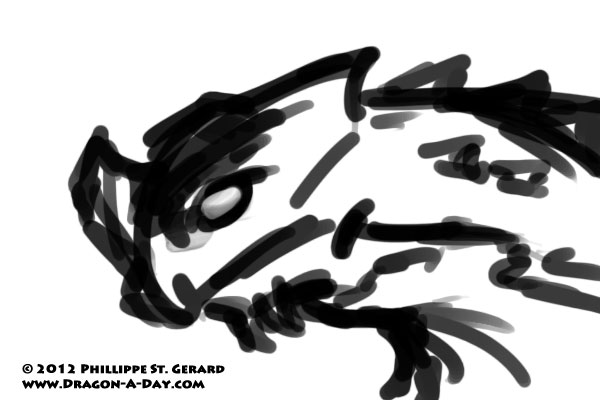 Nothing terribly fancy; halfway through it, I found myself more concerned with it looking too phallic than anything else. After I felt that it wasn’t too suggestive of anything, I started trying to render it up, with varied amounts of success. It’s not clear here, but I worked on a transparent background in black and white, which kind of messed with my perceptions of values (my transparency indicator in this iteration of Photoshop is a grey-and-white grid): 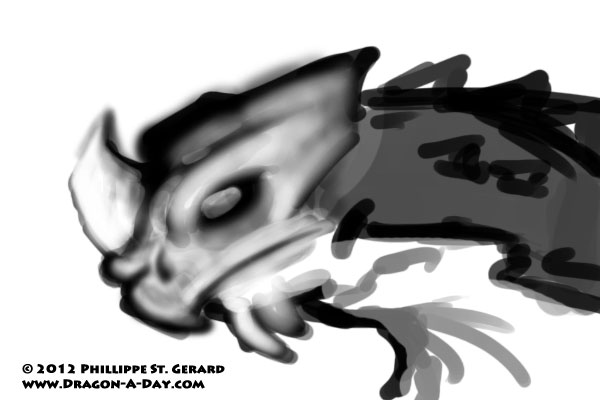 I kind of liked where this was going, but I really had no set idea in mind. I kept wrangling it until I probably overworked it to what you see now- at a point maybe the first quarter of the way into overworking it, I realized that I should probably be doing some sort of values exercise, then promptly realized that I had no idea what the hell I was talking about to myself.

Anyways, I played wit the various adjustment layers in Photoshop, trying to see if I could change the black-and-white into some sort of color, and didn’t find anything pleasing. So instead, I messed with the background a bit and this happened: 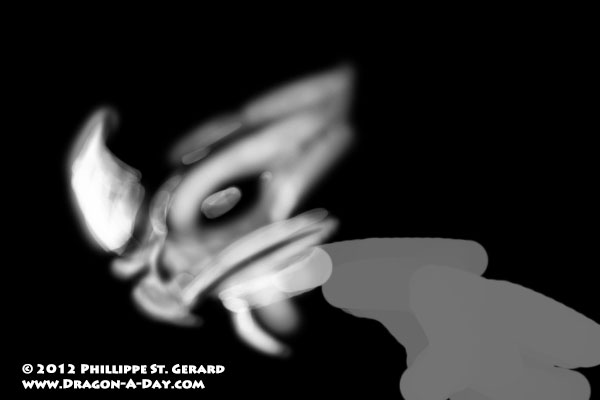 Again, it’s not perfect, but I’m a big fan of contrast, so I liked how the blacks nad dark grays “fell away,” making the whites starker. I dunno; I liked how it ended up.

And now I’m off to take Columbus day off in a few hours. See you later.

PS: The title for this post comes from here.

This entry was posted in Dragon-A-Day, Speedpaint Sunday and tagged monochromatic, Photoshop, technique. Bookmark the permalink.