First off, remember that artwork I was doing for my page in the Directory of Illustration?

Well, anyways, I started doing some sketching/kicking around ideas for the page in the actual book, and they’re dragon-related, so I figured I’d show them to you: 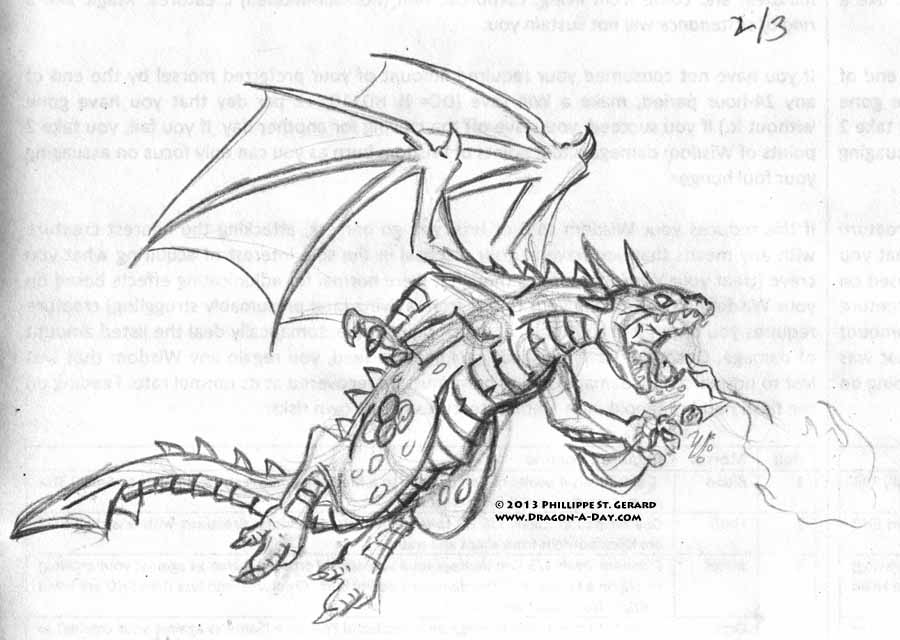 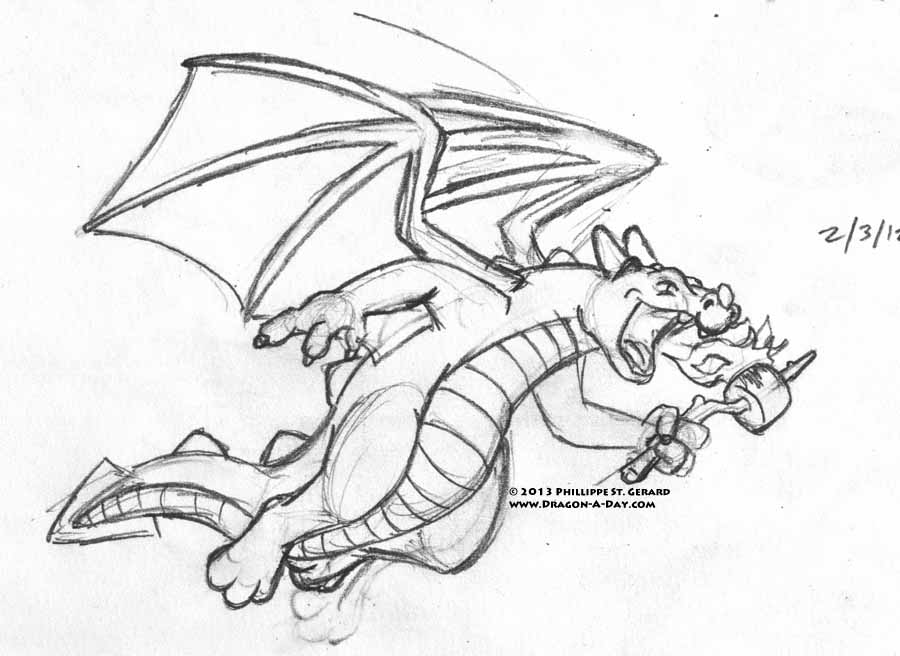 Basically, the idea is like with my banner, I am aiming to show the fact that I can do artwork for a range of subject matter, expressed through dragons (naturally). I think the second one needs a bit more work, though the first would probably do with a bit of tweaking as well.

Anyhoo, I had originally planned on doing “New Packaging, Same Product,” but my night has melted away and I don’t seem to be able to focus properly. So, as usual, we turn to the Random Word Generator.

Bah. Here is an unrelated dragon that started off as a Benthic dragon, and somehow turned into something a little more adorned and vaguely dolphin-like in countenance. 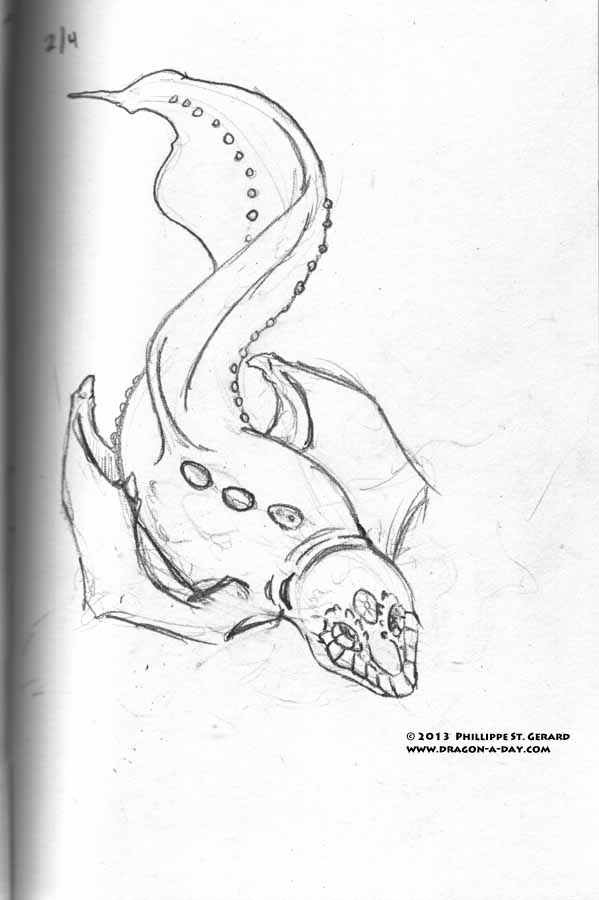 I do like the facial armor and the gem in the forehead; if I had a bit more presence of mind, I might have done something to play that up a bit more. Anyway, it’s far too late for such things. I’ll have to do better tomorrow.