So I hung out with some friends tonight and played Commander. In what would end up being the lat game of the night, I made a few really bad plays that ultimately led to the Dragon Deck being sidelined while the other three players pretty much went back and forth almost winning without much on my part.

It was still fun, though, and at the end, I admitted that I “forgot how to dragon.” Hilarity ensued. 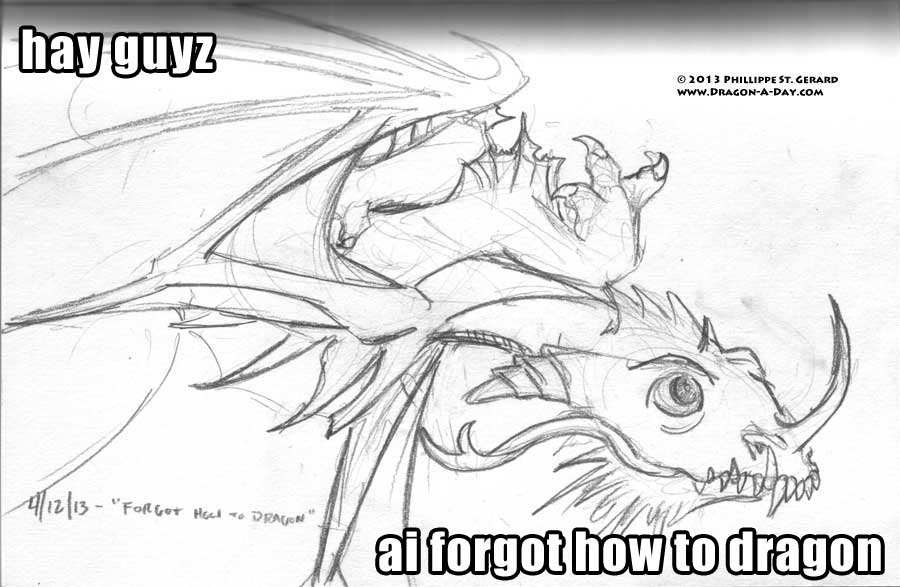 Or, for those of you who prefer your sketches un-Shopped: 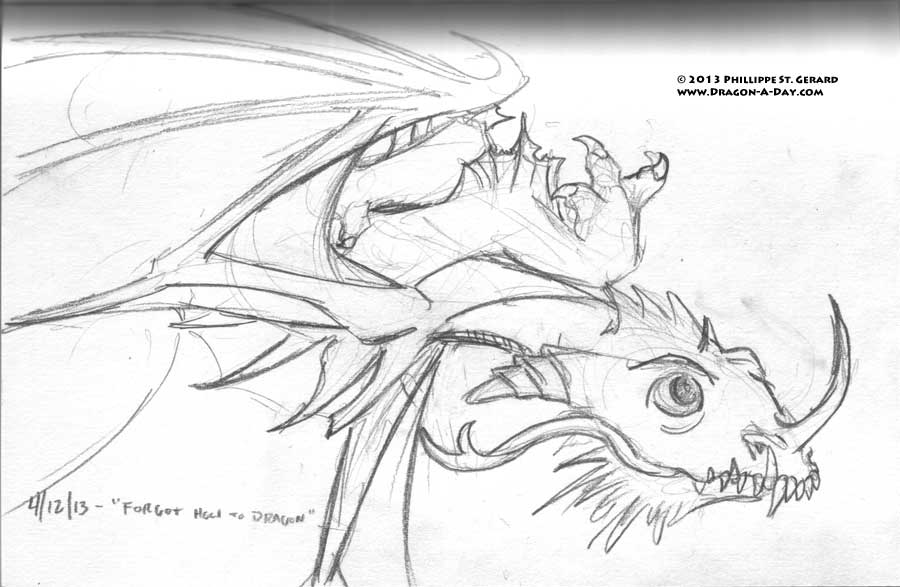 In either case, it’s a parody of the Scion of the Ur-Dragon, my favorite deck’s Commander, whose Awesome Anatomy is awkward to draw, especially when specifically trying to contort it.

This entry was posted in Dragon-A-Day, gaming, Online, silly, Sketch and tagged forgot how to dragon, M:TG. Bookmark the permalink.