For some reason I couldn’t concentrate at all, so I consulted the current Random Word Generator and it gave me some words, but the best one was:

Overwhelm
Definition: The act of overwhelming

Verb
1. Bury or drown beneath a huge mass.
2. Defeat completely.

So, with that in mind, I started drawing, or trying to. Finally, I scrapped the awesome action scenes I had in mind and opted for implied overwhelming instead: 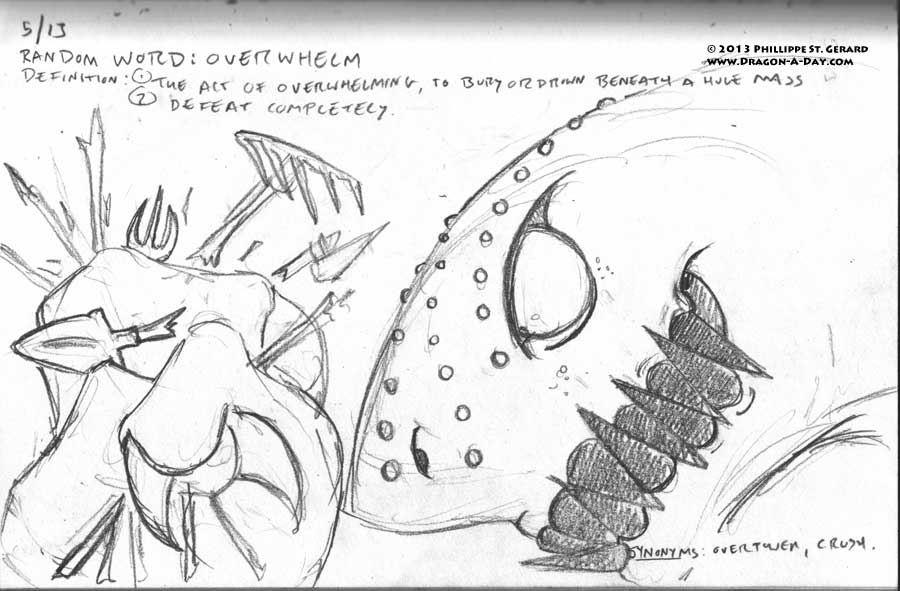 Some of you might remember the last time a Blacktooth wyrm appeared in this space, at the beginning of the discussion of the human problem. It would appear that the problem was not as much of one as it could have been (though this image probably isn’t quite to scale).

Looking at my earlier Blacktooth sketches reminded me that I was supposed to revise the overall shape of the limbs, too.