So stop me if I’ve mentioned this before, but I like to try to keep what I’ve done when it comes to designs. I don’t usually like to re-write them too much, unless I completely realize that I’ve done something clearly wrong.

So with that in mind, these were the things that I wanted to try to keep from the Blacktooth Wyrm:

So I kind of compromised, though I’m not sure if it’s there yet. I also didn’t want it to just be this crawling thing, the uprightness of the neck and head imply that it fights at least a little with its face, and it can’t really do that if it’s hauling itself around by its forelimbs only, so it couldn’t have stumpy hind legs. Could be that it loses the hindlegs entirely and instead takes on a lindwurm-style silhouette, but I’m not sure yet. Right now, the hind legs are small, and realistically, I don’t think that they’d support enough of its weight to be relevant… this bears some thinking. 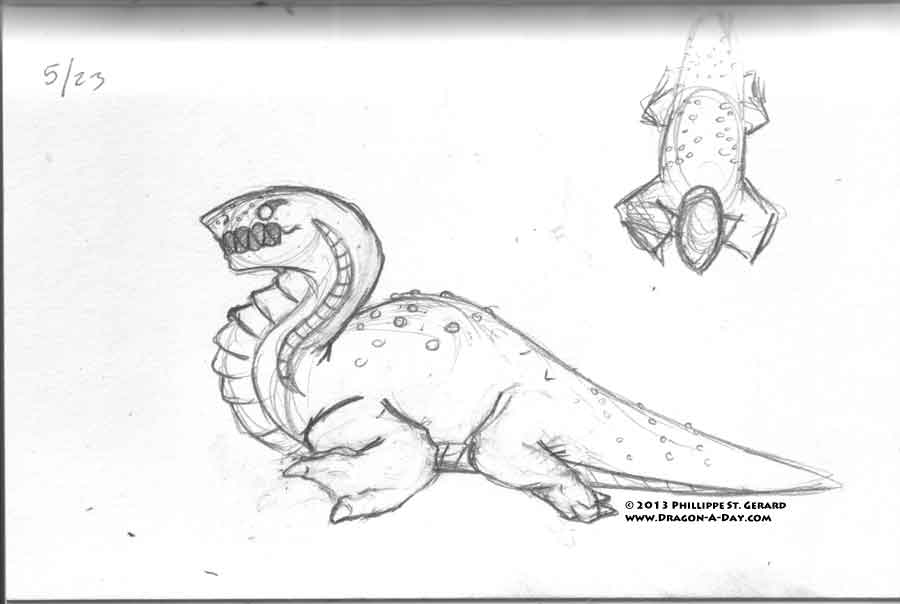