So someone who followed me from the Draconity forums to Facebook (he goes by the name of “Negadrake”,) asked me:

I was wondering if I could have you draw my dragon in some knight armour/gear with a sword or such. c:

Armor for a winged biped faces the same problems as clothing does, except for the fact that armor is rigid as well. Since the wingsails attach pretty much all the way down a dragon’s flanks, making armor that will stay in place as well as provide sufficient protection becomes problematic. Nevermind the bulk of the dragon (the second and third references are more accurate for the overall shape of the dragon, but Negadrake says he can take a bipedal stance), because I figured I would do an armored collar that other pieces could attach to.

With that in mind, his visibility’s a bit limited, but he’s kitted out some. There’s more thought to be had about this: 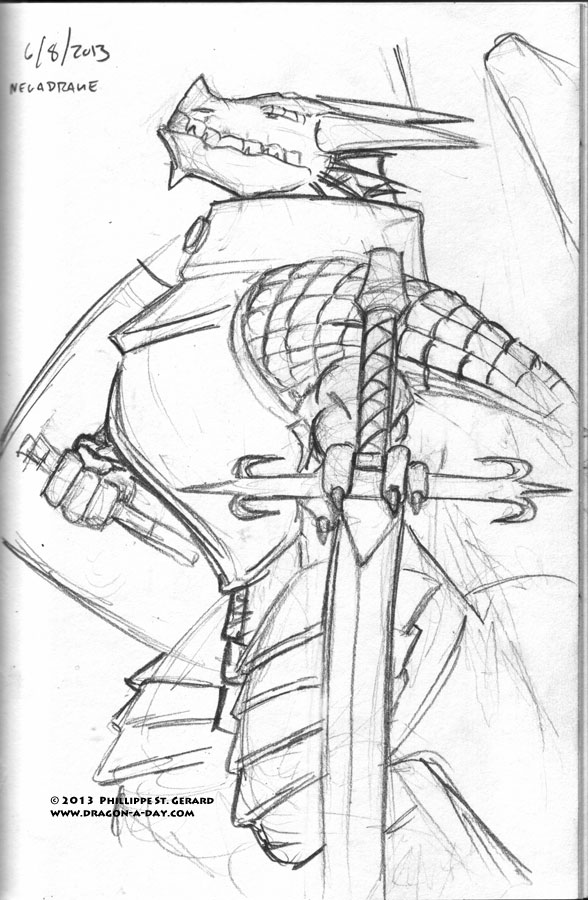