Like the last few days, this one started early and ended late, so en route from one thing and another, I decided that I would “draw something awesome.”

So, I sat and thought for a few minutes and decided to do something inspired by things like this: 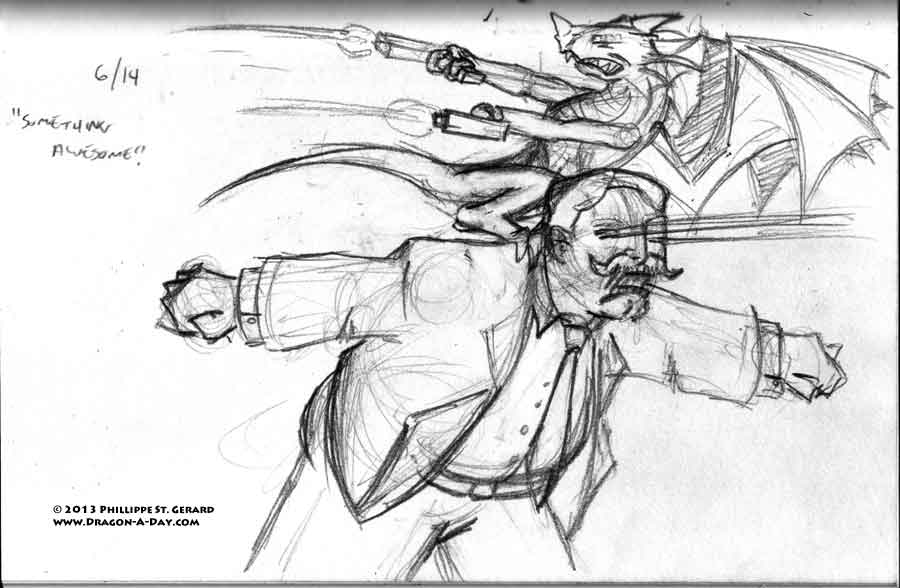 Some of you might recognize America’s Fattest President, William Howard Taft, although he is not known for shooting lasers from his eyes. I feel like I could have done a lot better with this (especially with the dragon’s posture), but, like I mentioned, Time was not at all on my side.