Didn’t do much today aside from tweak up the nearly-unplayable Fire Surge Intro Pack to something that could dance with the Simic Domination Intro Pack. Nevertheless, I found myself feeling sluggish and sleepy by late day, and now it’s later still. 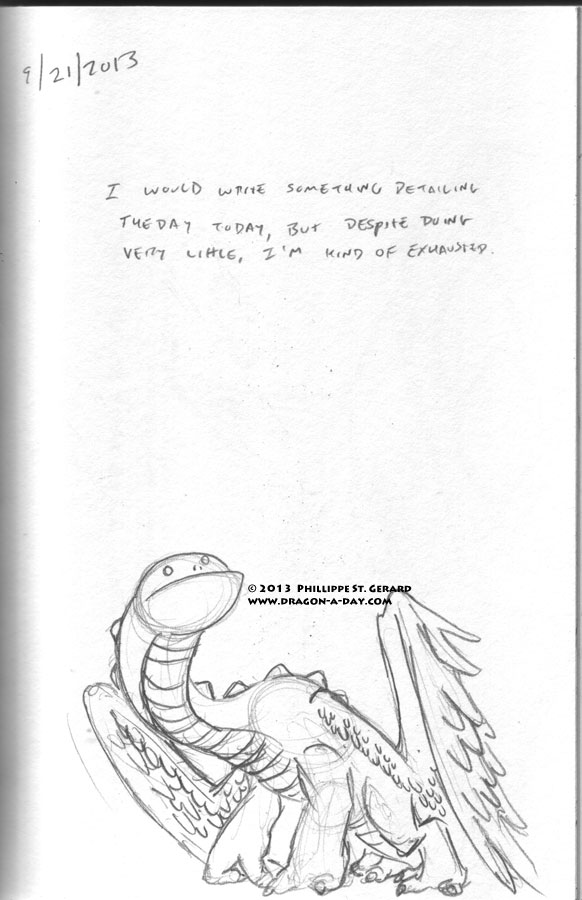 Somehow, I found the mental fortitude to turn this sketch into an exalted hatchling, or at least one with very long wings and a smallish carriage.

PS: A Mutant League-esque kickstarter is happening, and I hope it gets funded. (I also wish I were more financially stable, so I could get in on it.)

This entry was posted in Dragon-A-Day, gaming, Online, personal and tagged exalted, hatchling. Bookmark the permalink.