So while sitting in tax class tonight idly sketching (for some reason, we’ve been spending entire classes going over things we were supposed to read in preparation for class, and I had read most of it a few hours ago), I had the realization that I don’t often consider texture when I’m drawing, or at least I don’t consider it very much.

I mean, there’s the occasional flap of skin or wrinkle, but only that, and also, many of my dragons are smooth. I’m not saying that it’s a bad thing; just something that I’d noticed. So while I’m not much of a crosshatcher or stippler, I decided that maybe I ought to give it a shot, especially as the pencil is my preferred weapon of choice: 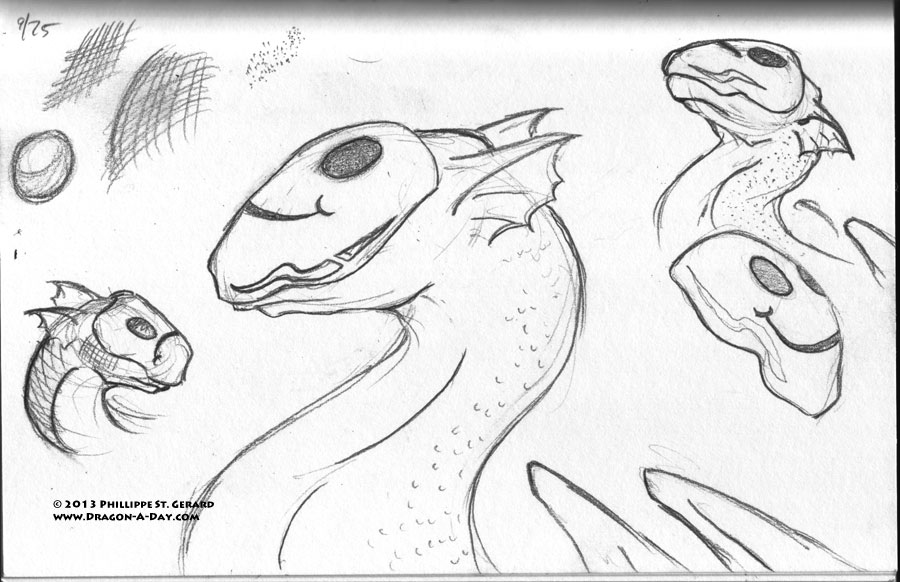 Mostly, I was trying to get my bearings and figure out what I can do without having the pieces look overworked- I still have a ways to go.

This entry was posted in Dragon-A-Day, Online, Sketch and tagged masked dragon, technique. Bookmark the permalink.