So a little over a week ago, this glided into my inbox:

I had a random thought – have you ever drawn up images of dragons with prosthetic limbs (wings, legs, tails, etc.)?  Just popped into my head when I noticed your name’s similarity to Philip Gerard’s from The Fugitive.

So some Wikipedia-ing later, I figured out the reference, and shelved the idea mentally. Tonight, I found myself riding the train with no references and about as many ideas, so I tried to throw some lines in the general direction of the idea. I’m not really thrilled with how it came out. 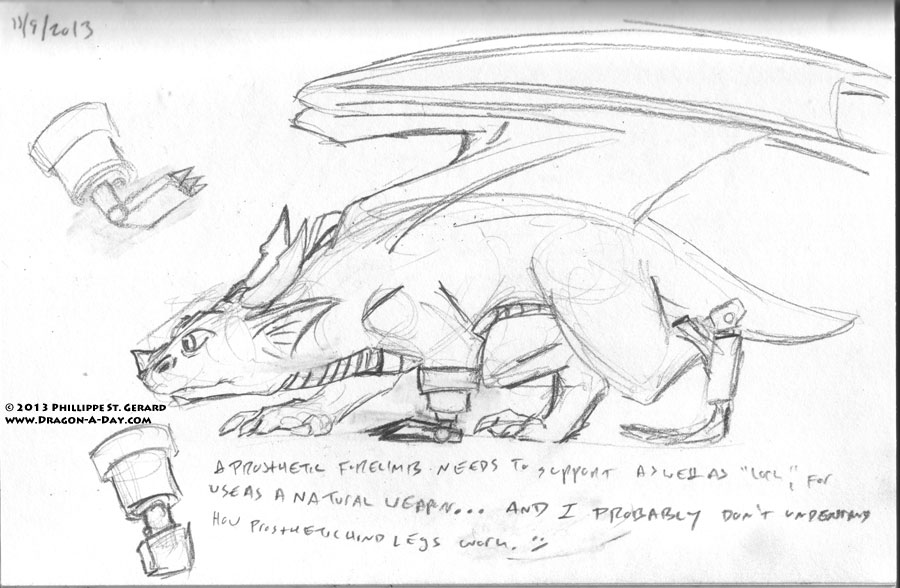 Unlike a normal animal’s prosthesis, (in my mind anyway) the draconic prosthetic forelimb also needs to act something more like a regular hand/claw, which makes it awkward to design. I will also readily admit that I don’t have gobs of experience with the subject matter, on top of fatigue, so that wasn’t helping any.

As I was doing this, I felt the dragon should have been the hapless forest dragon from a few years ago, but like I said, far from references.