Not to leave my devoted fans waiting, here is the Very Short Version of what happened today:

The hour-long conversation left me feeling drained and unable to do Anything Important for most of the day, so I suppose it’s fitting that I turn to the last person in the draconity queue.

Also I just wouldn’t mind yet another close up with me wearing a hat like in http://www.dragonaday.com/?p=823. Maybe me lying down, sleeping or something. 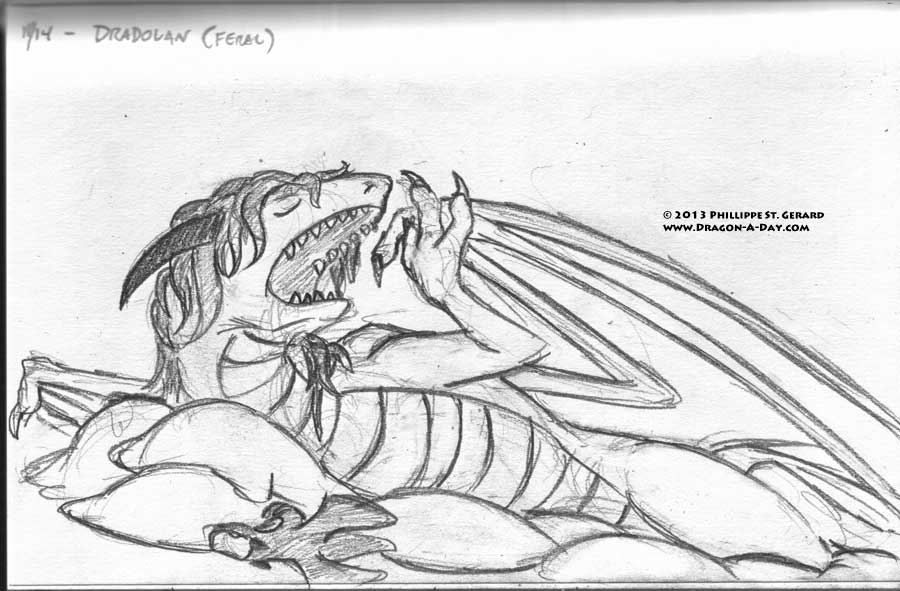 In Dradolan’s forum signature, his dragon lies on a pile of pillows, like some other dragon that’s fairly popular around here. I got so focused on that that I forgot the hat, as well as the tail (which, from a design standpoint, is a clear identifier that the dragon is who he is, and not some other dragon), which I had been thinking about at first. I suppose I could have thrown the tail in at the far right, but I felt that the pose didn’t really allow it. I did try to perch a hat of some kind on him too, but it was looking too tacked-on, not at all like it was supposed to be there… Maybe I’ll do it again sometime.

PS:  I’m pretty sure that this is the only post with some form of the “sleep” tag that isn’t  about me. :)