So I’ve been chewing through Sean Russell’s The Initiate Brother duology (it’s a fantasy-ish novel in an Asian-themed setting), and came across something about the Imperial Dragon, “with its five toes and distinctive mane,” or something like that, and I tried to draw what that made me think of. 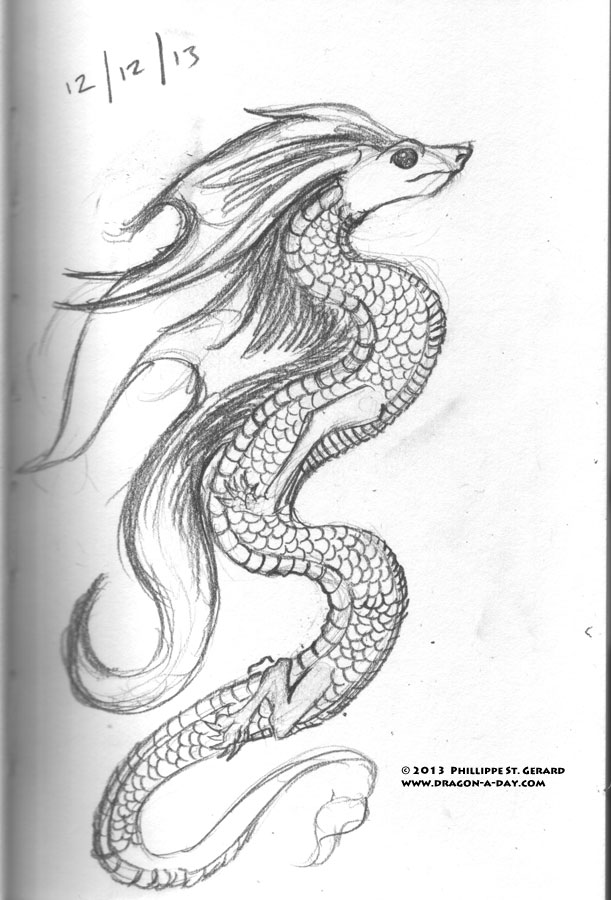 I was mentally reaching for something like that Epic Beard I drew a few months ago, but pretty much failed hard. I don’t know why I didn’t stop and look at it, because that probably would have made this drawing work a lot better.

Honestly, I think I lacked the proper focus to do what I had in mind. In truth, by the time I’d decided on what to draw, I was already feeling tired and cranky and was going to completely phone it in, but made myself do something halfway decent, so I feel a bit better about that.