I’ve been rereading E.E. Knight’s Age of Fire series, and been trying to put anatomy together in my head.

His male dragons are described as having a crest where horns (up to 24 at the highest count, I believe, but those on an extravagantly old specimen) grow as they age, but I’m not sure what that looks like. It also serves as a kind of armor on hatchling and full-grown dragon alike, many dragons catching blows on the crest, for example. 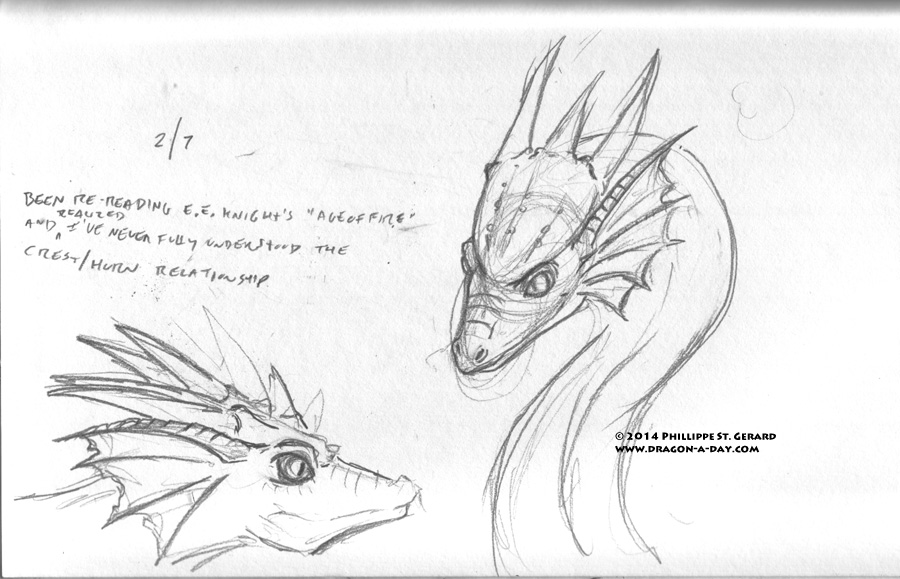 Since it had to be big enough to support any number of horns and/or hornlets, I ended up making it bigger than I might have otherwise, though I’m not entirely satisfied with it. After reading the first three books again, I don’t feel like I’m going to get much closer to figuring this out- there’s a decided lack of descriptive text about how it works/looks, which is odd since the rest of their anatomy seems so very well thought out.