I came home from Boston tonight and discovered that sometime between Monday night and now, the squash bug I’d taken in (and named Larrendia Del Sol, or “Larry” for short at someone’s suggestion) had expired, cause of death unknown. 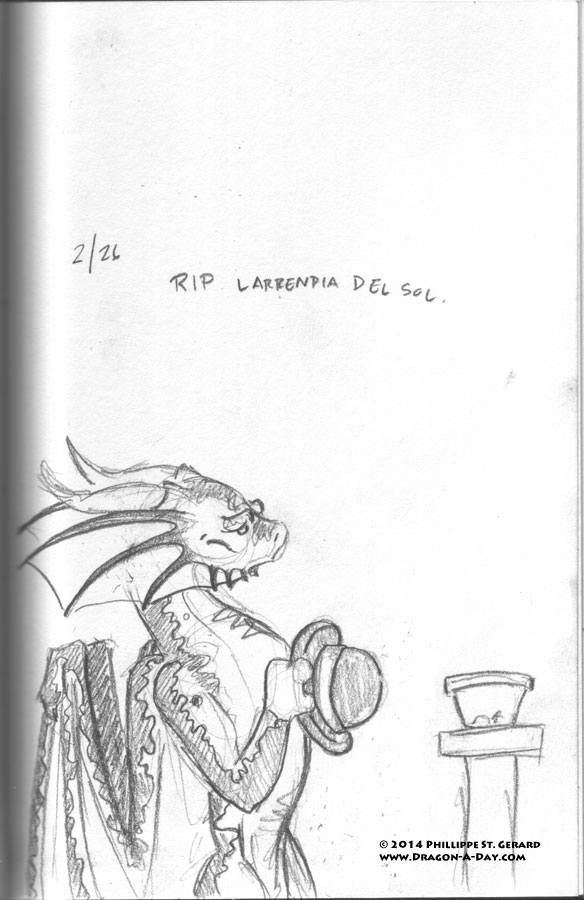 It turns out that Larry might have been Lauren (or Llaria); closer examination of the takeout container reveals what might be a small cluster of eggs. However, since squash bug nymphs seem to only eat leaves of squash plants (according to some googling around) I don’t know what to do with them.

Assuming that they live through the freezing weather descending on the area, maybe they could live on something else out there- I don’t really want to raise a colony of squash bugs and had hoped to unleash Larry when the weather stabilized (over the weekend it was in the 60s, then went right back down on Monday, which makes the situation a little sadder, IMHO).

Sigh. Anyway, that’s what’s going on right now. Back to (ironically enough) diligently plugging away at Sloth tomorrow, or at the least, updating the poster with the last iteration.

This entry was posted in damnit, Dragon-A-Day, Online, personal and tagged Fancy Hats, my dragon, squash bug. Bookmark the permalink.