Doing this a bit earlier than usual tonight.

Somewhere in the back of my mind is a long rambling discussion about dragons, more conventional reptiles and physical affection, but that is going to have to be tabled for another time, because I’m not in the mood to fully articulate it right now.

I will say, however, that between the quadruped status and the neck and tail (to say nothing of the wings), posing two dragons together quickly becomes something difficult- one quickly blocks out the other or there just isn’t enough room for all the bits. 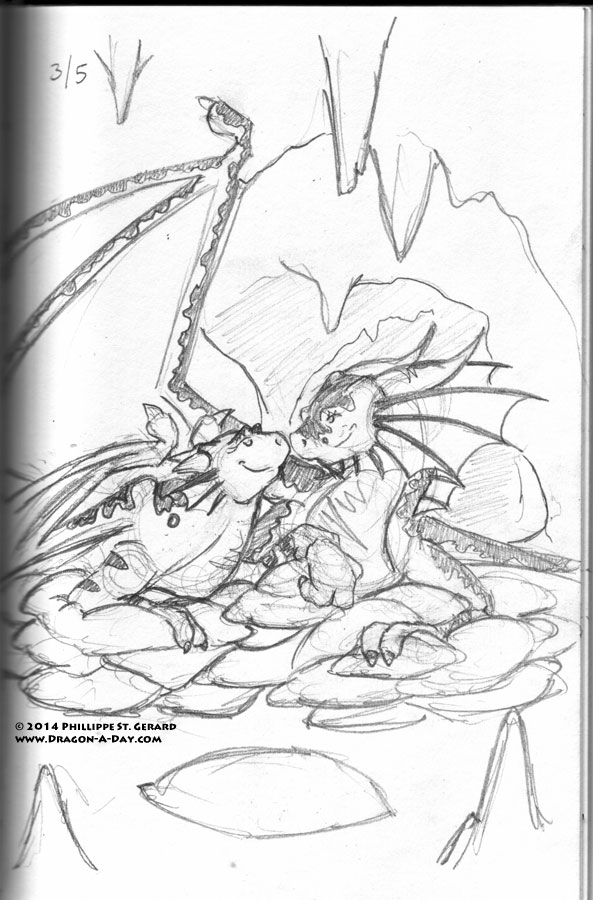 Difficult, but not impossible.

I say that because they were going originally to be cuddled up companionably, but I kept “losing” one underneath part of the other, I wasn’t leaving enough space for wings and such, or I realized that the position I had them in would be uncomfortable because of wings, neck bending or something else.

And don’t worry about what she’s grabbing his wrist for.

This entry was posted in anatomy, Dragon-A-Day, Online, philosophy, Sketch and tagged cute, her dragon, my dragon, pillows. Bookmark the permalink.