So like I said, I started playing MapleStory. Fans of the game will not be surprised at all to hear that my girlfriend (who got me into the game) suggested I play as (an) Evan (Classes in this game are either incarnations of or simply based on Archetypes, to the point that NPCs refer to you as the archetype’s name instead of your character name).

I might not even be telling you about this if it weren’t for this happening about 8 minutes into the game: 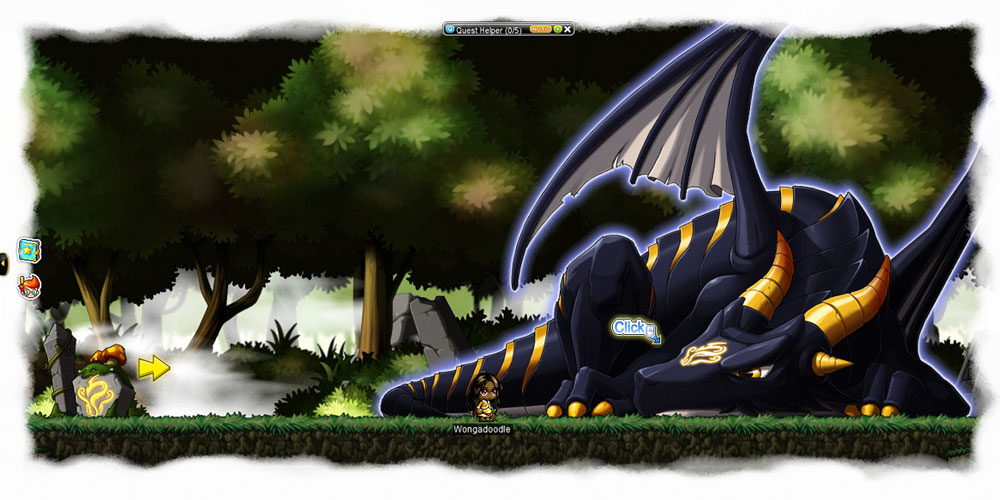 Click to Enlarge.
I picked that dumbfounded look because I thought it was cute, but it’s also pretty appropriate.

As it turned out that was not the dragon I was going to pal around with. There was an egg involved. After a string of fetch quests and “Kill X Ys,” this happened: 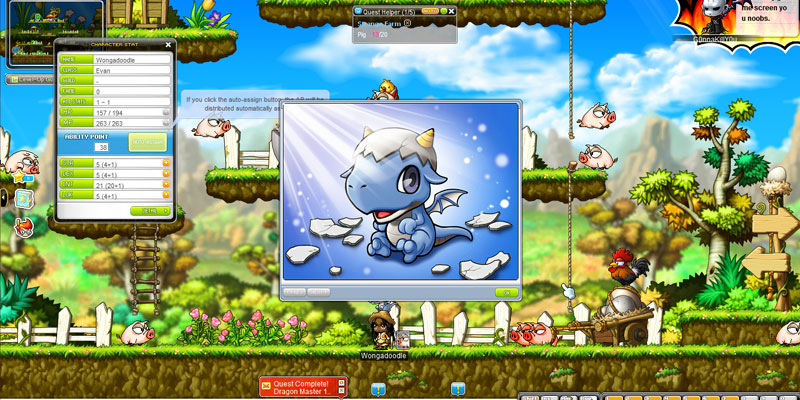 And, appropriately enough, the hatchling started blabbing at me, with the perfect response, especially when the dragon more or less pulls a Hagrid, telling me that I can do magic and stuff:

I thought I was playing Evan, not “Keanu.”

The dragon goes on to level up and leads to quests of its own, but at that point I was trying to make my way across the map so I could actually play with my girl, like we had initially planned some 2-3 hours ago. Getting from zone to zone was kind of a pain.

I had something a little more ambitious in mind for tonight, but preparing for the week ahead ate up the rest of my evening, so here are some attempts to master overly-cute kawaii eyes and wrap my head around the eggshell helmet that the baby dragon had. 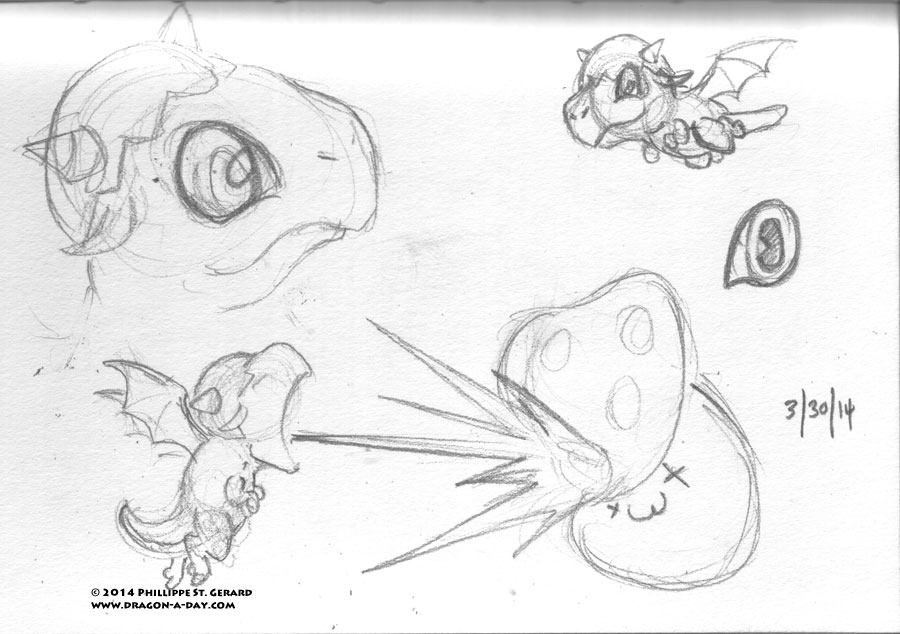 PS, why does it have external ears? The adult version doesn’t, as far as I can tell…