After that marathon posting session (the last 3 days went up tonight), I had no idea what to do, so I did this: 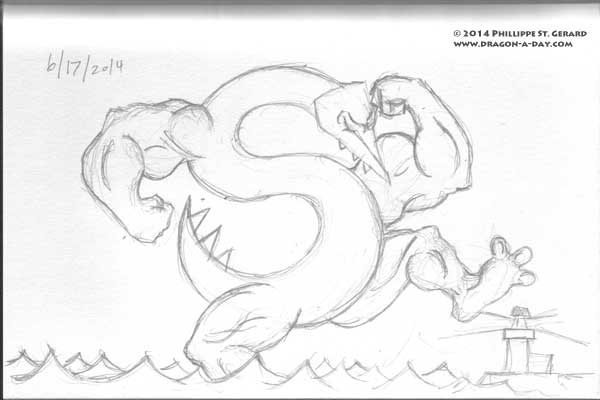 It’s the S is for Sucks dragon from homestarrunner.com. Since the wiki pointed out that it’s probably a sea serpent, I went that route, and forcibly stopped myself from adding details that would make it something that it’s not supposed to be.

It’s interesting to note that the dragon as originally drawn is fairly consistent- about 3 digits on each limb, 3 fangs and 3 spines on the tail, though a third “S” would have given it an underside, which I really wanted to add.

This entry was posted in Dragon-A-Day, Fan Art, Online, Sketch and tagged dragon, other websites, s is for sucks, trogdor. Bookmark the permalink.