So, in an effort to try and relieve some of the stiff posing I was fretting about last night, I decided to keep going with this anthro kick. I had the odd fancy that it might be kind of neat to come up with the “feral” versions of these anthropomorphic dragons as well, but that’s another project for another time. 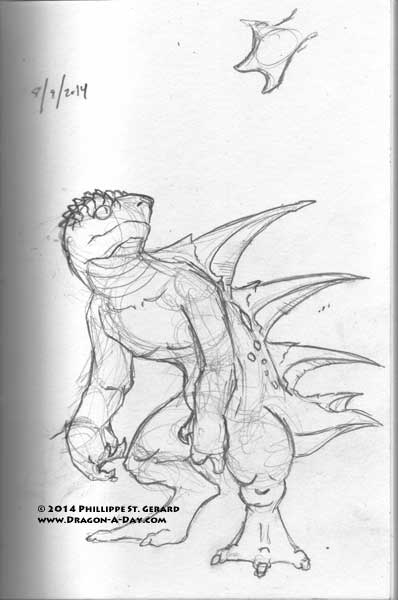 That left leg’s not the best- those muscles around the knee are probably not great.

I wrestled with the hands a bit- putting stubby digging claws on them made the hands look odd. Also, I kind of wanted to do something vaguely desert-y, like those spines/vanes/sails might be raised or lowered to modulate body temperature or something, but then I think they got infected by the Rule of Cool, and now look a bit too rigid to do much else but get in the way of Normal Humanoid Things.