Still thinking about Durdle after not-quite-nailing that round body. I mean, I want him to be able to move. His wings might be too long, though I suppose he could use them to (eventually) right himself, like how a horseshoe crab uses its tail to turn itself over. 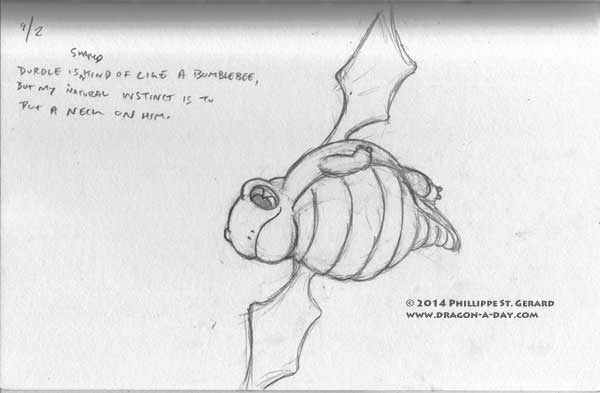 In addition to his horseshoe crab-like flipping abilities, I guess he’s also a lot like a bumblebee with his apparent lack of aerodynamics. I did wonder if he was built on the Dickensonian model, as he is essentially the “Flying Brick” that Dickenson describes in The Flight of Dragons, but decided that he’s just that round for some reason.

Probably because it’s cuter that way.