So I kind of picked up the idea of the Hobo Dragon’s backsotry, but didn’t get too far because I found myself in the middle of making a Bad Drawing™. I didn’t 100% salvage it, but the idea was something along the lines that he was some sort of robber baron or tyrant, possibly an aristocrat like the unnamed viceroy: 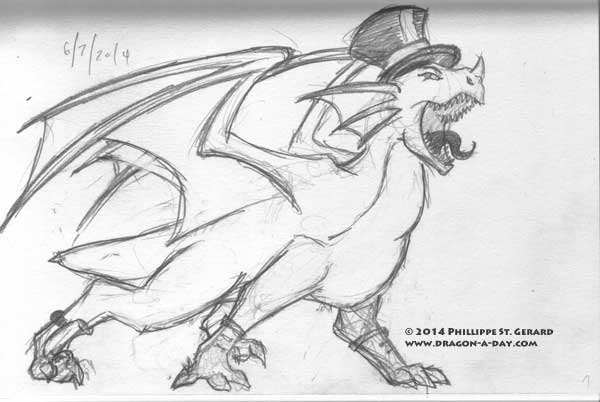 And I’m pretty sure that a chunk of posts were lost someplace, because digging in the crates reveals that the original post involving the Hobo Dragon (which would have been a “random word” post, so I definitely had internet then), along with any scanned images from that time are missing, so for your visual enjoyment, here is the drawing I used as reference: 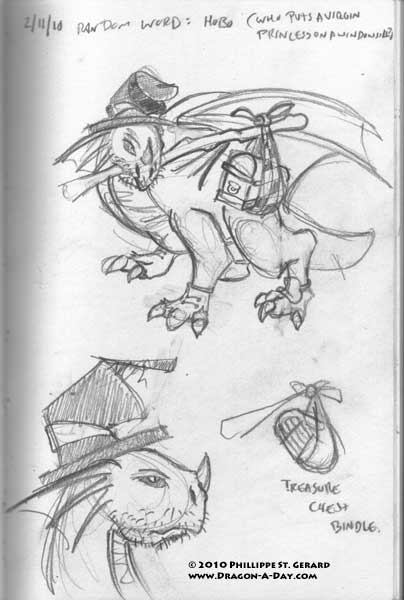 Random Word: Hobo (Who puts a virgin princess on a windowsill?)