So I worked the polls today, which meant I got to work at 5am (Polls open at 6, you know).

(Un)fortunately, it was a primary election, so I spent 14 hours being really bored. At some point between plowing through a really good novel I realized I would eventually come home and would be too tired to care about anything, so I did some idle sketching while waiting for folks to come and vote. 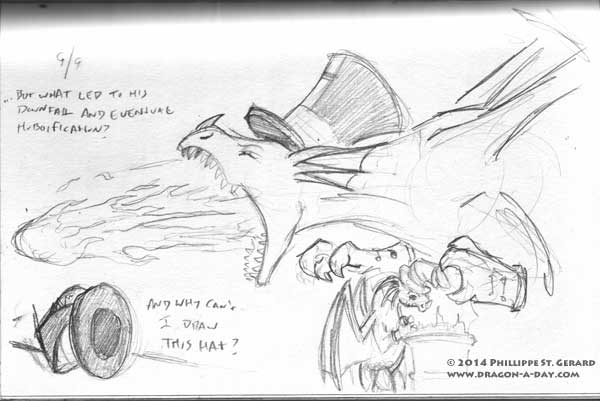 “…but what led to his downfall and  eventual hoboification?

And why can’t I draw this hat?”

I’m still on the fence about the mysterious backstory that might not actually exist, and am kind of leaning towards the idea that he was just “born this way,” though that doesn’t exactly make sense either, as there’d need to be other Hobo Dragons before him in order for him to breed true. 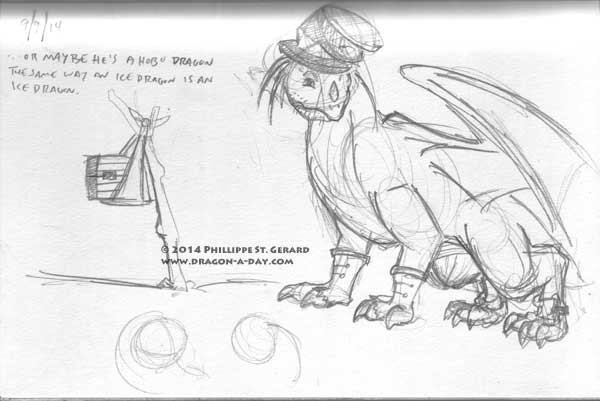 This entry was posted in Dragon-A-Day, Online, Sketch and tagged dragon, Fancy Hats, hobo, stuff for other stuff. Bookmark the permalink.