“You haven’t drawn a dragon with a hoard in a while.” 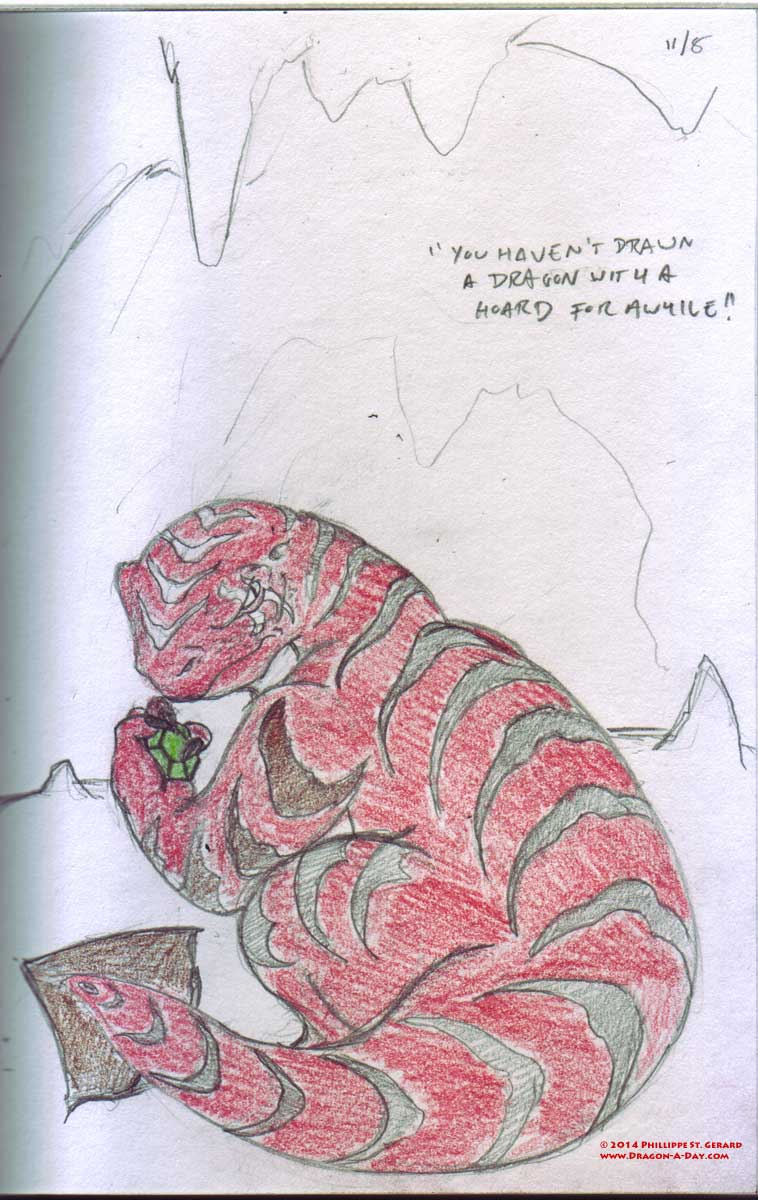 (Larger than average because of color issues, see below. Click to enlarge further)

So while working on this, I had a clear vision of this dragon being red. There were also more bits and frills, but those got taken off for some reason, and I did fret a bit about how it seemed less dragony without them.

Point is, I was so wrapped up in the need for redness that I grabbed some color pencils and started layering on red pigment, muddying up the graphite lines to the point that it was mostly an indecipherable blob. In hindsight, I should have tried to render with the color pencil instead of just filling in, especially when I realized that it wasn’t quite the red I wanted at first- making it darker got it closer, but at the expense of making it look, well bad.

The gem ended up being green more for contrast than anything else.

This entry was posted in Dragon-A-Day, Online, Request Line, Sketch and tagged color, dragon, hoarding, technique, what makes a dragon. Bookmark the permalink.