“Ariel, listen to me. De human world, it’s a mess. Life under da sea is better dan anything dey got up dere!”
-Sebastian from “The Little Mermaid,” leading into the musical number, “Under the Sea,”

That is to say that I’ve been doing things I prefer almost exclusively, pretty much to the point where I neglect the things I need, like drawing other things (*coughcough* humans *coughcough*). It’s not that I don’t do it, but I don’t do it with the same passion and drive.

In all fairness to myself, I don’t get as excited about it, so it’s hard to push myself through my inertia to get something done. But I’ve had/am working on some assignments where I can’t help but notice my sporadic practice with drawing nondraconic things is only hurting me: 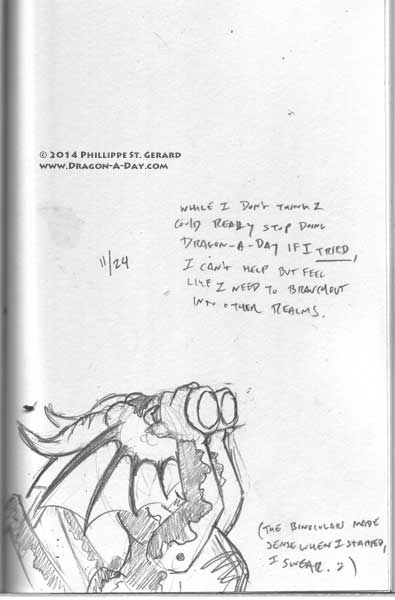 I’m not saying that everything’s going to suddenly turn inside out or anything, but it’s another one of those “quit screwing around and do something useful” moments that’ve been happening lately because of all the long, hard looks at I’ve been taking at the ruts I get myself into. Stuff like that has led to much more complex drawings and various accomplishments, so there’s that much for it at least.

This entry was posted in Dragon-A-Day, Online, personal, Sketch and tagged dragon, memes, my dragon, technique. Bookmark the permalink.