Last (and probably least, depending on who you’re asking), we have the White. I started with using the face of my Gargantuan White Dragon figure*, but then decided that the sculptor took the… divots in the face a little too far, and went to Draconomicon. 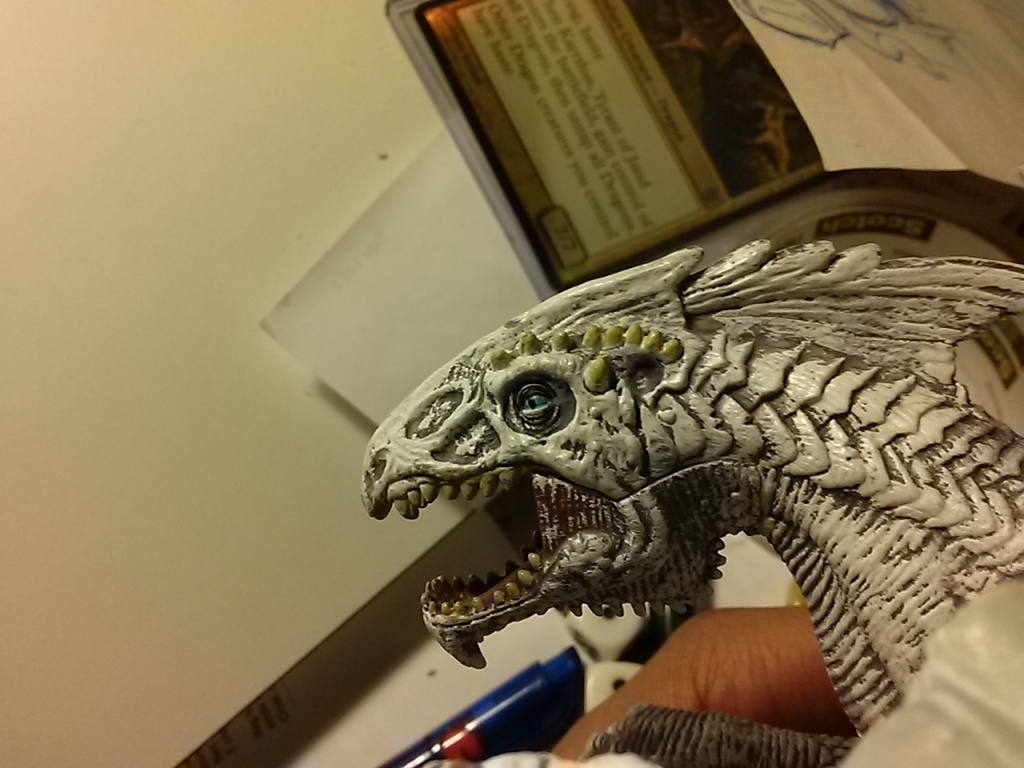 Personally, I’ve never really been a fan of those odd spots on the face; it seems more like they’re there to break up the shape (chromatic dragons are rough and uneven, metallic dragons are smooth and symmetrical, it seems) than anything else. But I kept them in and added a wee bit of other texture to fill it out a bit. I kind of feel like I got the proportions wrong on this as well, but I’m not sure how I would have fixed it: 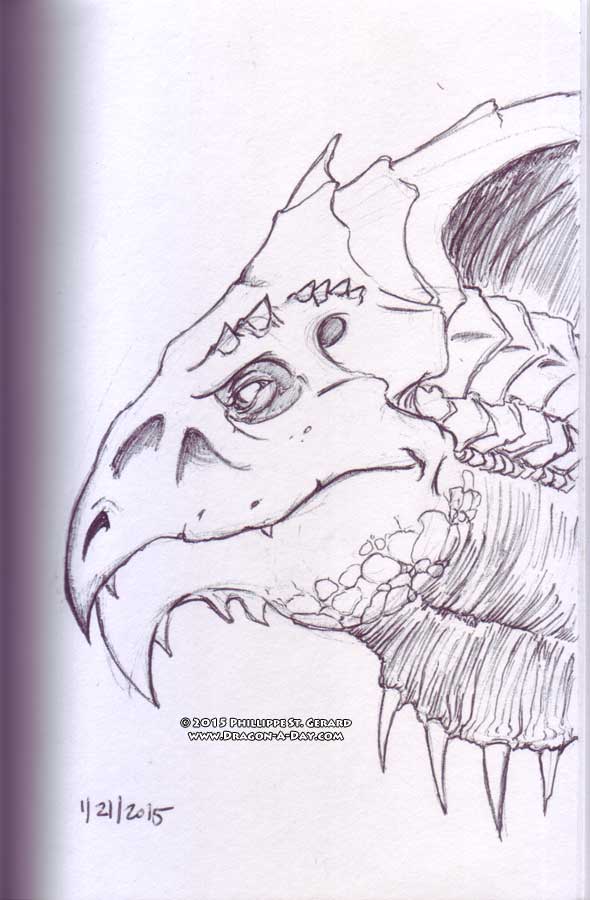 *My white dragon lives in the freezer with a small band of unfortunate adventurers, and as a result, has the crisp, faintly chemical odor that they’re described as having.