While sketching around (as much as I can with the pen, which is to say that I put some lines down but they didn’t take because the paper’s weird) I realized that I’d never really done any sort of back view.

So with the same spirit of Doing New Things that led me to the land of pens in the first place, I gave it a try. 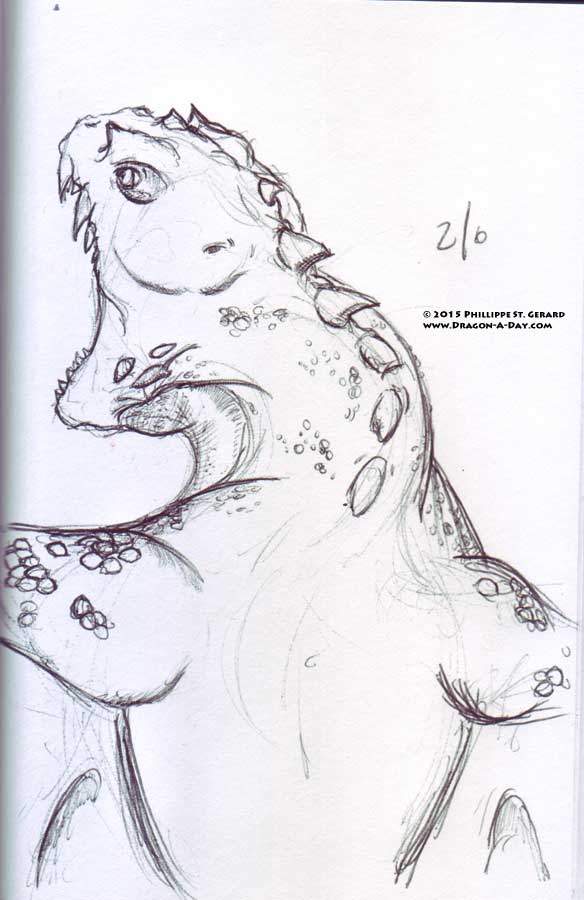 I didn’t have a head shape in mind when I started, and the fact that I was drawing it in pen made it a little harder to decide on one, but once I got something down I did my best to make it make sense. I also probably didn’t plan the muscles/shape of the back as well as I might have, and the idea of putting some sort of line of plates/whatever down the back at that point kind of put me off- I was pretty sure I’d mess it up, and I was actually pretty happy with it up to the shoulders. The scales on the wings got a little clumpy in spots and I didn’t really know how to fix them, but that’s also what I get for not having a bonafide plan when I started throwing them around.