While chatting with the girlfriend about how I couldn’t go to sleep yet because I hadn’t drawn anything, she mentioned that I hadn’t drawn my dragon for a while, and she was right- I haven’t drawn him since this whole Magical Journey of Pens started.

At least part of that was because I wasn’t sure how to treat him; these pen-and-ink drawings have been more anatomically influenced, and there’s a certain amount of his look-and-feel that is (for lack of a better word) stylized.

While I made a brief foray into a more realistic look about two years ago, I never settled on anything that I really liked, so digging through the past posts didn’t help much. 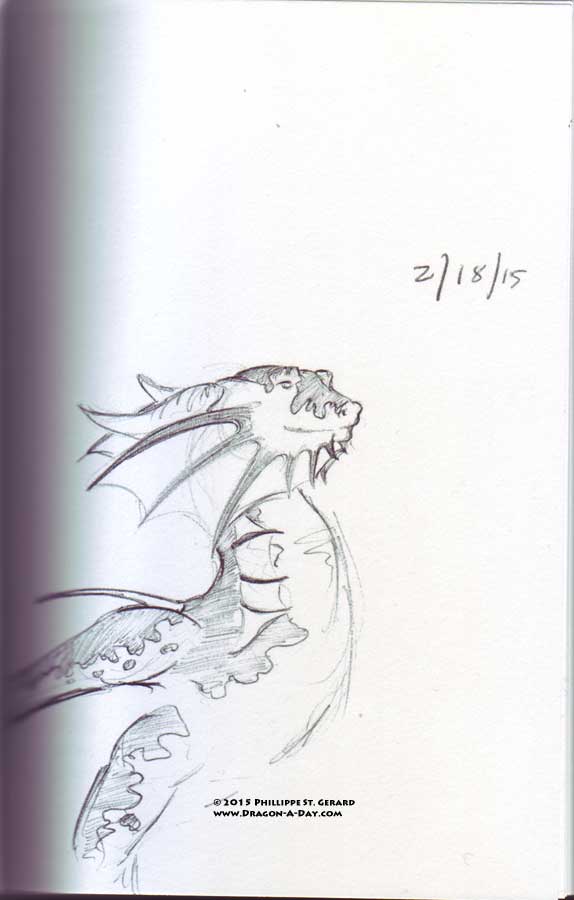 As it turned out, it was a little odd doing this, because I had to fight the urge to lay down a lot of heavy lines to delineate parts of him, and my hand twitched while doing what would have been delicate shadowing for the line of the mouth, so that didn’t really fly either. It might have helped if I had a clear idea of what he would be doing, instead of just drawing something so I can go to bed, but that’s another thing entirely- I added the arm at the last second, feeling the piece was somehow unfinished.

On a less self-critiquing note, this is the 250th post tagged “my dragon.” I thought that was pretty cool.