So I’ve been chewing my way through Dragonfly In Amber, despite being kind of bored with what passes for intrigue. I got through the first book mainly because I was interested in seeing if Claire would stop doing Stupid Things; the second installment of the series isn’t really keeping my attention presently, and I’m not exactly sure why I’m still reading it. Trying to figure out what all the fuss is about, I suppose.

So those thoughts were drifting through my head tonight and I was vaguely reminded of a certain Scottish maybe-dragon, one Cirein Croin. 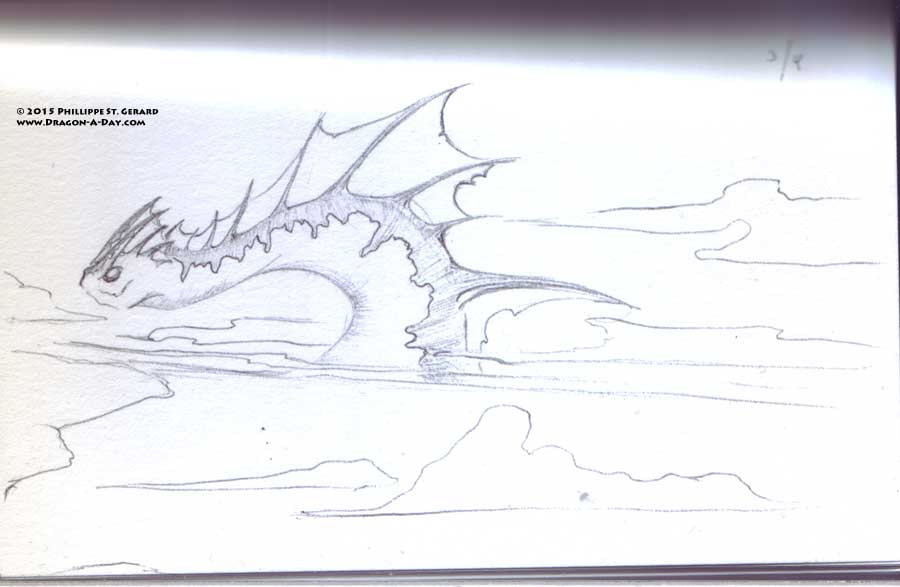 It’s a bit of a departure from the last time I drew him, but the core bits are the same- a serpentine dragony creature with a grey crest. Note the lack of scenery* for scale, as the jury’s still out on that one.

*Not that I could be arsed to draw some convincing Scottish Highlands or anything- to tell the truth, I was afraid of botching it and left the foreground probably a little too clean and far background woefully blank… I mean full of fog. Yes, fog.