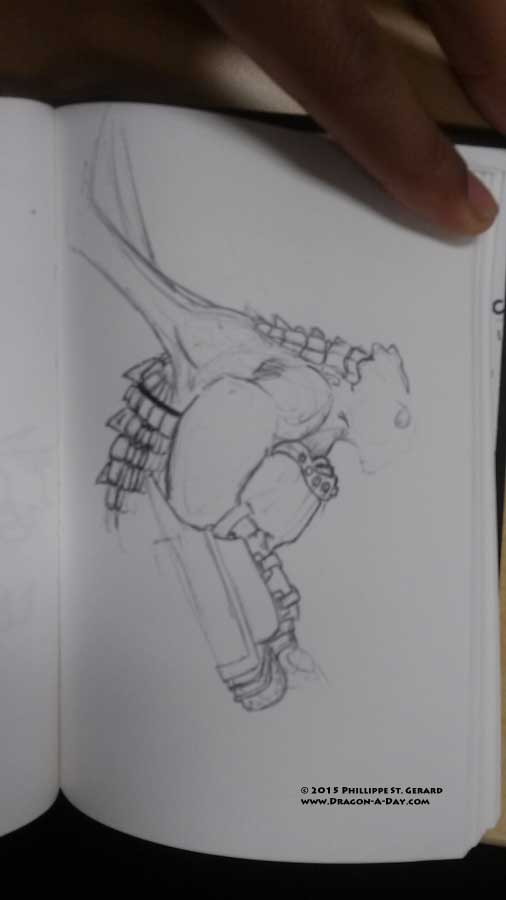 I actually took some process photos!
Click to Enlarge!

So I found myself scribbling around, then drawing a torso which got heavier and heavier. The head was originally going to be crocodilian in shape with the (large) eyes at the top, but then I decided that Protoceratops would probably make more sense, with the heavy scutes I had going on. 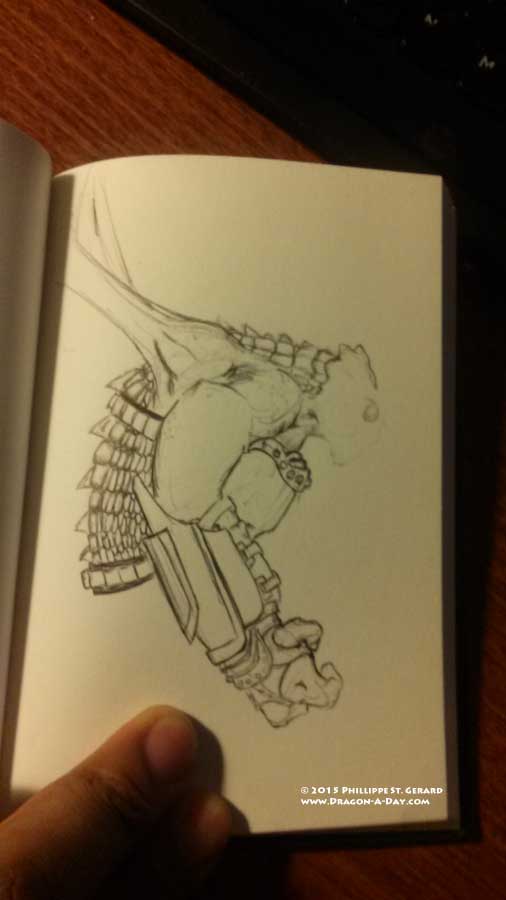 Then the face kind of stymied me for awhile- the quick construction line I dropped in had me thinking of Dragonlord Dromoka and her mighty chin. I tried to resist it, partly because I didn’t want to draw something inspired by the G/W Dragonlady, but in the end, at the urging of my girlfriend, I tried to stop being controlled by hesitation and went with what I was thinking/feeling, and drew it in: 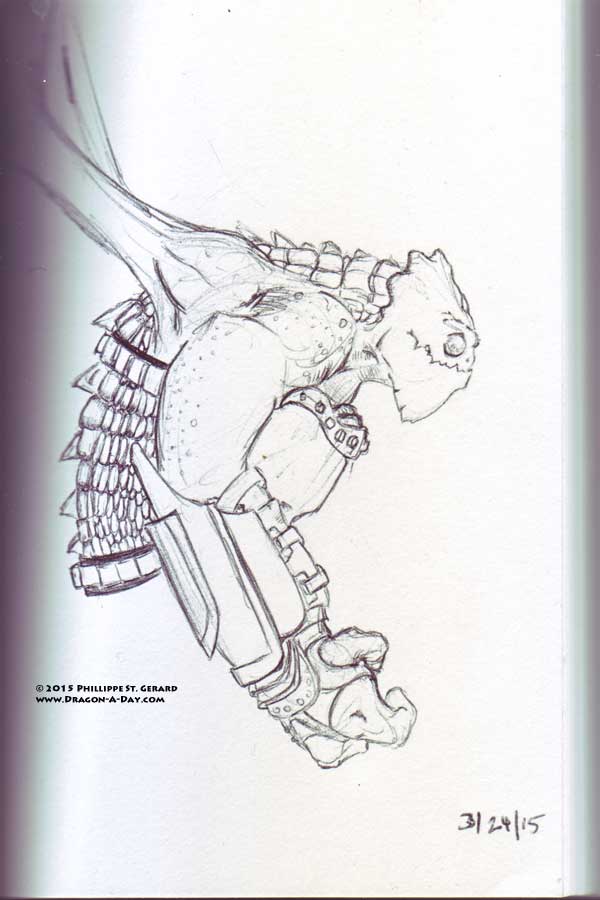 Left the legs out because I knew I wouldn’t have the space to do them properly. Click to enlarge.