Much like the cockatrice project a few months back, the journey was almost more fun than the destination, but I think that I have finally found my Grootslang (and lived to tell about it): 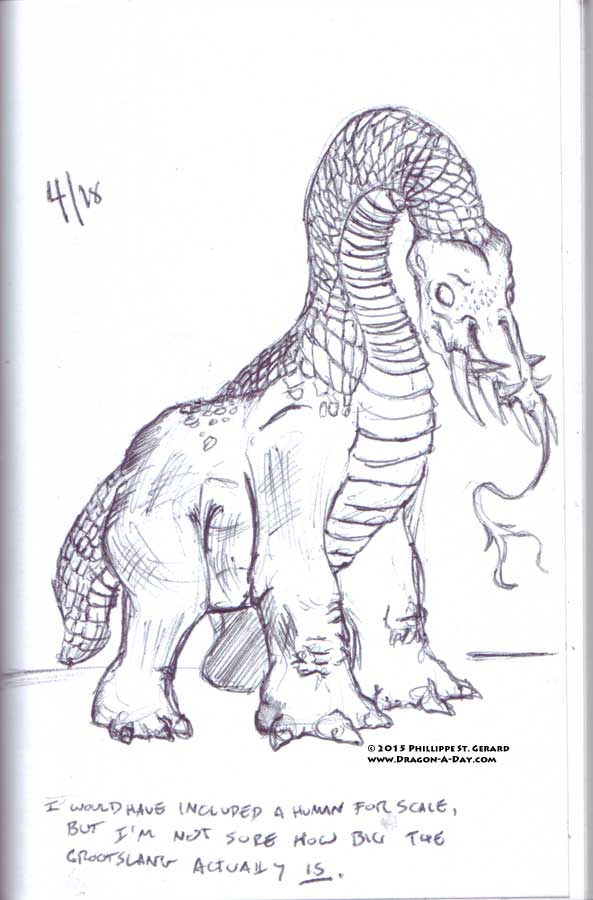 “I would have included a human for scale, but I’m not sure how big the Grootslang actually is.”

Along the way I did a lot of thinking and even found a useful tutorial on drawing snake scales, which I’ve been trying to apply, bu doesn’t always seem to work with the sinuous curves of the neck or a non-tubular body. But still, progress!

The nostrils are a little crooked compared to Wednesday night’s sketch, but I think you get the point. I’m really rather happy with this, even my attempts to recreate the rumpled-looking skin of an elephant are okay. I’m not sure what the net legendary creature will be, but I think that the Grootslang is done for now, but in a good way.