I did my warmup and didn’t know what to draw at first. Then I decided to draw a dragon I had drawn earlier for reasons other than this blog, but with some modifications: 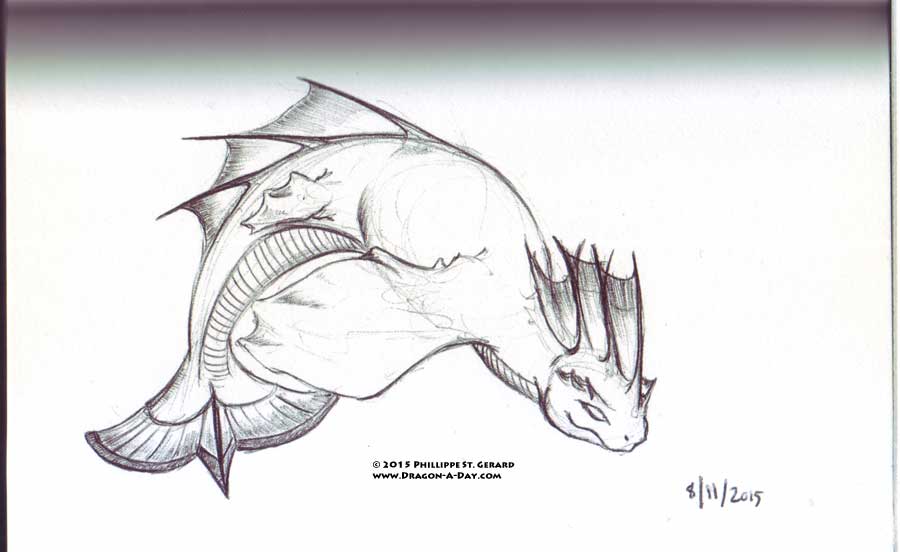 I should have drawn the second pectoral, but I didn’t decide on the shape and position of it until it was too late; same goes for the fins on the head- I should have realized as I was sketching in the action line that they should/would flop backwards, not be leaning forward, but the “reference” image I had had him at rest with his fins casually strewn about, and in my haste to get it started before i lost my fire, I overlooked it.

Adding color to the fins made the pretty boring image “pop” a little too, and really picked it up. I feel like I’m getting a lot better with the pen, though I’m still a little lost as to what to do with shadows and things. Hopefully I’ll get a better grasp as I go along.