So I finally got around to seeing That Movie With the Blue Cat People. I enjoyed it, though it really didn’t need to be in 3D, in my opinion.

Also, I was a little surprised about the overthinking that seemed to go into the incongruous biology of Pandora. The morphology didn’t make enough sense to me, though it was rather pretty, just like the Blue Cat People, although considering the general shape of things in the world, they really shouldn’t have been.

Anyhow, without launching into an extended diatribe about body shapes (with emphasis on limb counts) and the strangely popular threat displays involving brightly-colored crests, here are some of my dragons as they might have turned out if they were native to Pandora: 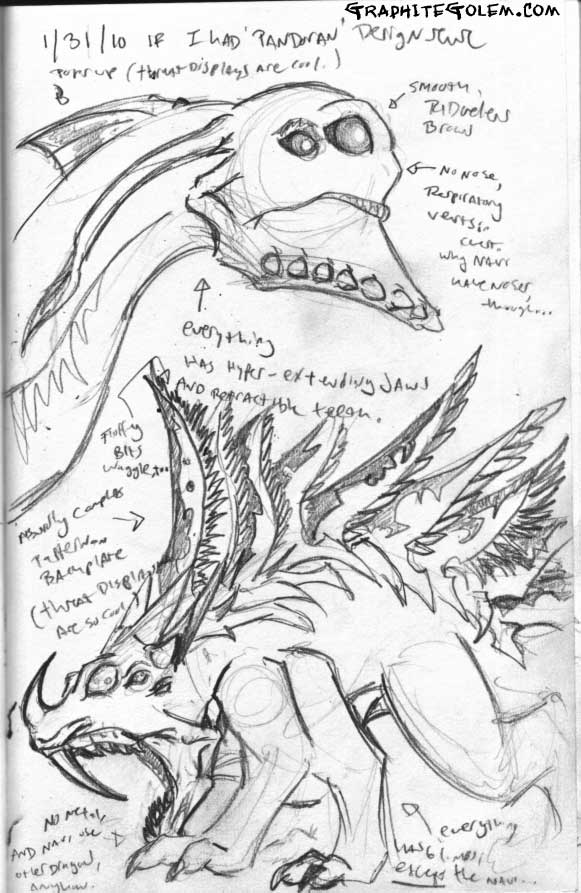 You can’t see the respiratory vents, but they’re there. Not like on the Na’vi, though… and that really annoyed me when I started to think about it.

This entry was posted in anatomy, Dragon-A-Day, Fan Art, Sketch and tagged Avatar, Movies, Rule of Cool. Bookmark the permalink.