For some reason I decided that since I was moving I ought to get back into Standard. To help this along, I went and played in the Battle for Zendikar Prerelease, where I made a terrible deck, then a mediocre deck, then the deck I should have made where I played as many rares as possible instead of trying to rely on some imagined synergy between commons, and managed to go 2-2.

I also played Two-Headed Giant with my girlfriend, which we enjoyed greatly, though we also went 2-2 (Game 3 saw all my black sources get ingested, Game 4 we just got ran over by some slightly surly customers packing tons of removal).

After playing Magic for 10 hours or so, I came home and am proud to say I managed to do this: 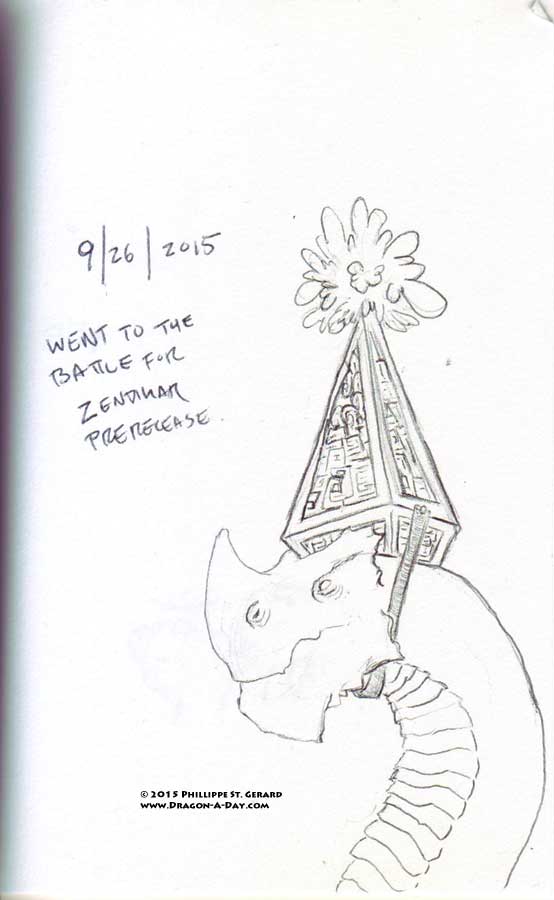