So we went back to that store where we played in the prerelease, because they have a Commander night. While waiting for other M:tG players to show up, a very friendly but mildly clueless (and I say that in the best way possible- he also thought that we had just come from church because we were dressed up, but we had in reality just come from work) young man told us stories of games that we didn’t play, namely Yu-gi-uh! and Cardfight Vanguard.

It was about as exciting as it sounds: 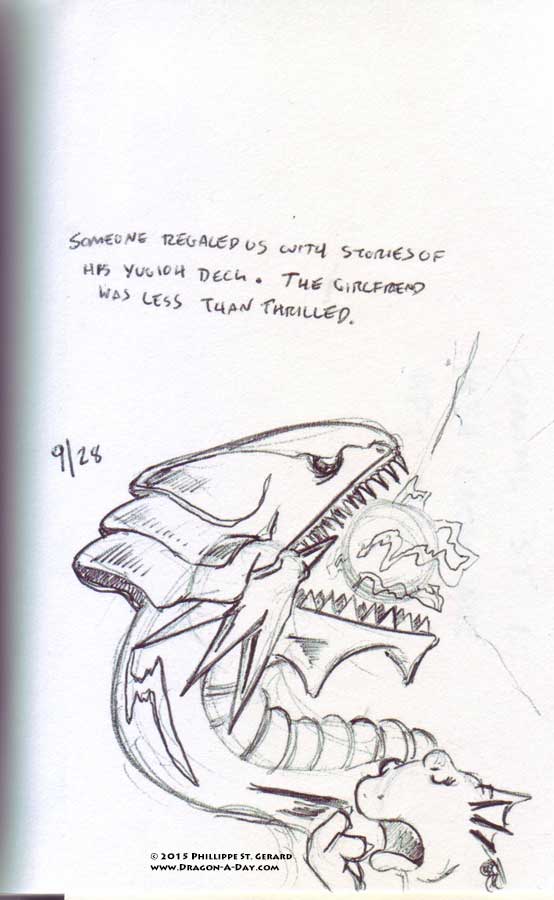 “Someone regaled us with stories of his Yugioh deck. The girlfriend was less than thrilled.”