Not much to say tonight because I am pretty tired, but I at least managed to keep the streak alive: 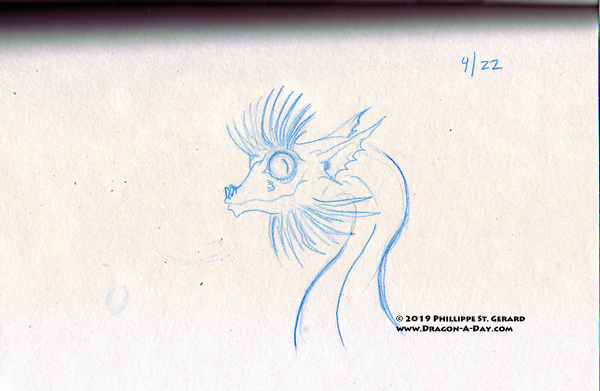 I started out with the eye and drew the brows. Instead of making them spines, I added the lids pointing the opposite way and they became feathery brows. I didn’t have an idea as to the type of dragon who might be walking around with such outlandish brows, so I did a bit of a face and probably should have just tried to add more scales than that wee patch there.

This entry was posted in Dragon-A-Day, Resurection, Sketch and tagged dragon, eyebrows. Bookmark the permalink.

1 Response to Dragon-A-Day, The Resurrection: Day 2.