(Okay, this one probably won’t make sense to anyone but me and the few of you who have been following my sketches in real life) As those of you who know me will recall, I am not a fan of summer, mostly because I can’t sleep in the heat, and only begin to doze off during the wee hours of the morning, once the majority of physical objects have relinquished their ambient heat…

Right about the time that the alarm clock goes off. 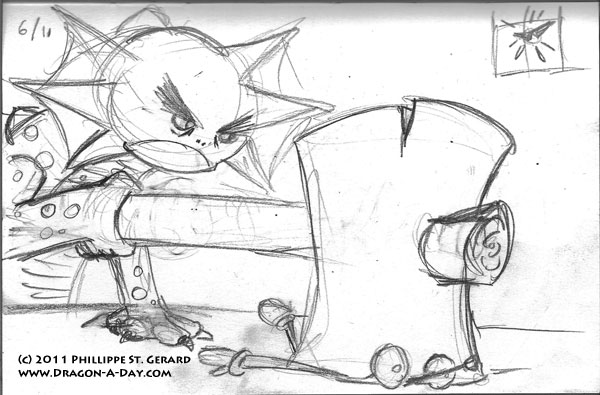 I probably could have made it a little more obvious that it was an anthropomorphic alarm clock getting whacked, but it’s obvious enough for me.

G’night; I’m sleeping in tomorrow because it’s supposed to be cooler, as well as a Saturday.